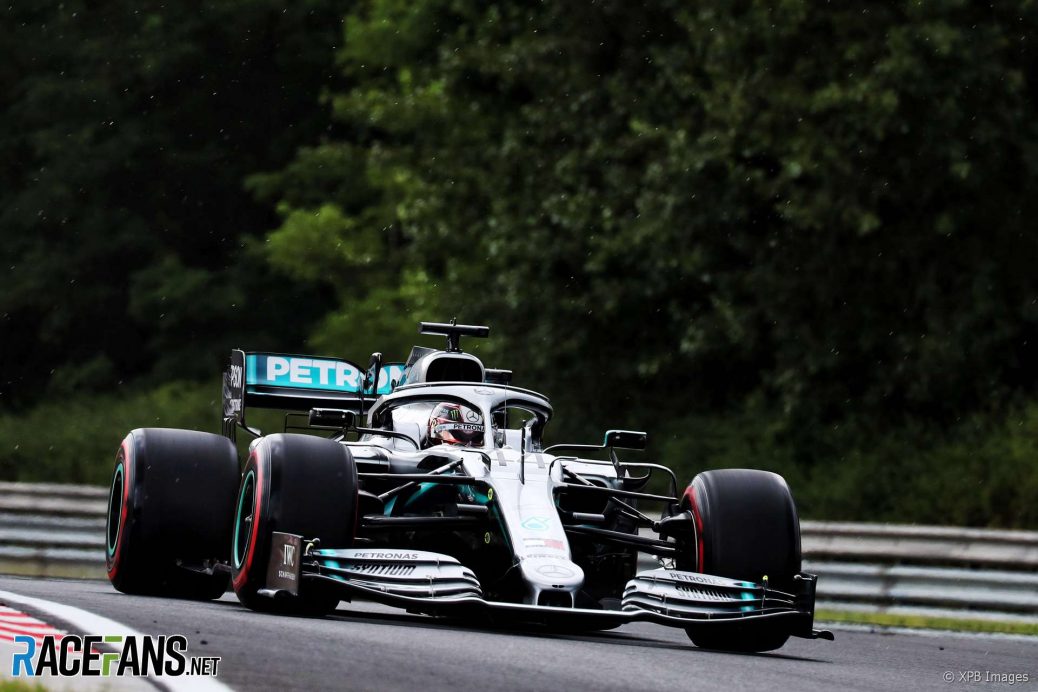 Lewis Hamilton led the final hour of practice for the Hungarian Grand Prix but the three fastest cars were covered by less than a tenth of a second.
The last flying lap from the Mercedes driver knocked Max Verstappen off the top of the times by just 13 thousandths of a second.
The trio’s team mates followed them, led by Valtteri Bottas, who lapped within three-tenths of a second of Hamilton.
Lando Norris came close to beating Gasly to sixth – the pair were separated by less than a tenth of a second following a superb effort by the McLaren driver.
Browse all 2019 Hungarian Grand Prix articles.