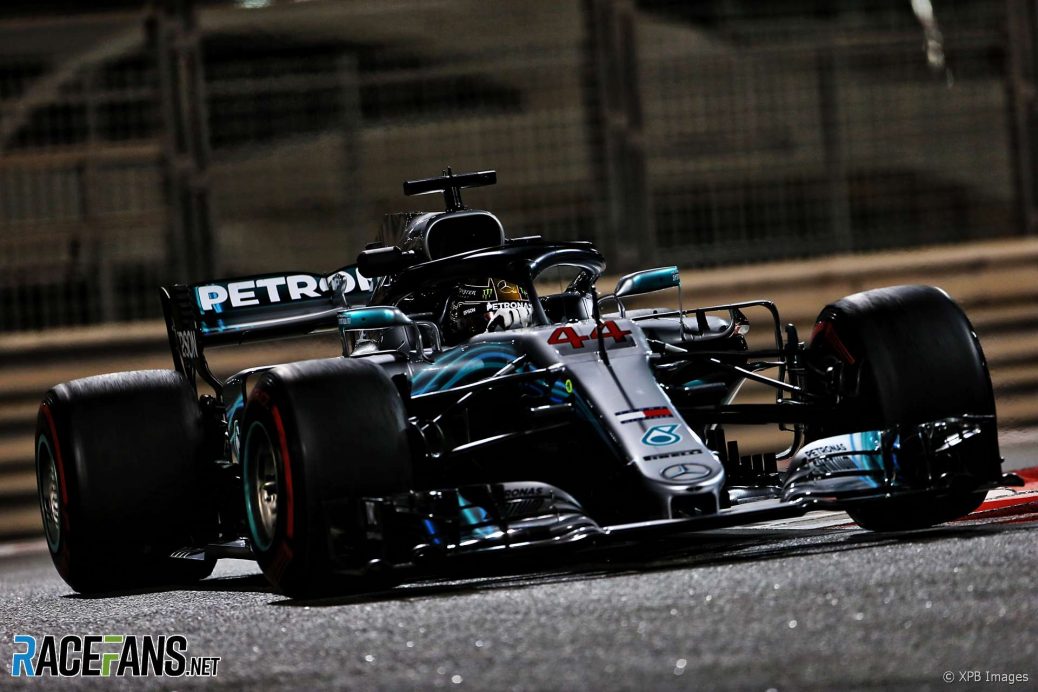 Lewis Hamilton took his 11th pole position of the 2018 season in Abu Dhabi as Mercedes swept the front row of the grid for the season finale.
On his final run Hamilton cleaned it up and lopped half a second off his time.
Vettel’s last lap started well – he was two-tenths quicker than Hamilton through the first sector and virtually matched him in the second.
But in the final sector, where Ferrari had been struggling all weekend, he lost over half a second to the Mercedes and ended up third.