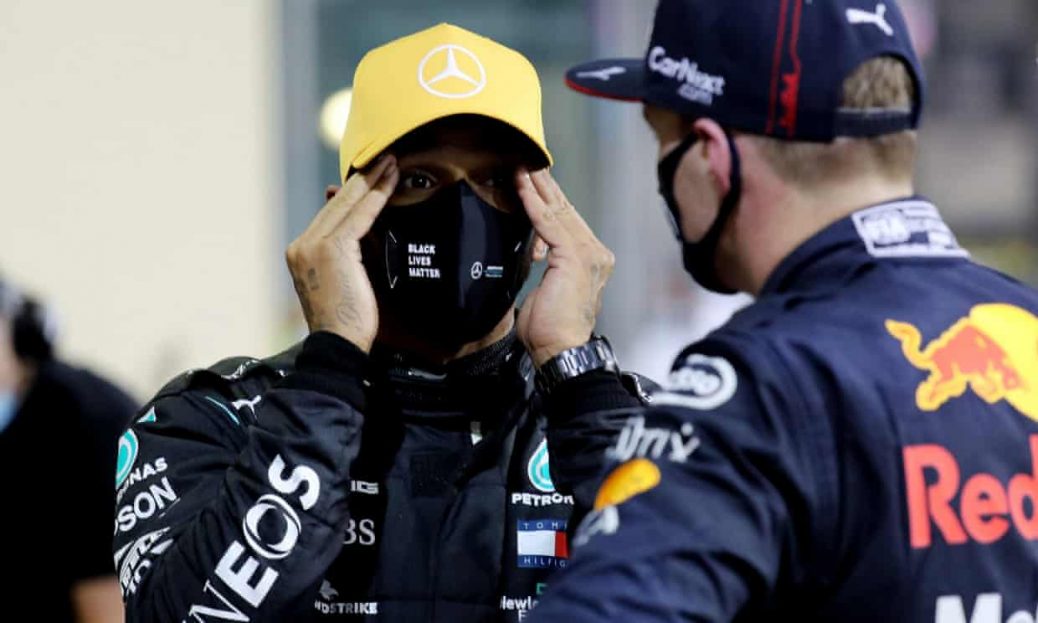 After a gruelling season, Red Bull could not have hoped to close the final qualifying shootout in any better way than with Max Verstappen’s stunning lap for pole position at the Abu Dhabi Grand Prix. Verstappen was mighty in his commanding lap to take the first pole for Red Bull this season and, significantly, the first time Mercedes have been defeated in qualifying in dry conditions this year. “It’s a long season for everyone, a lot of races in a row,” said Verstappen. “It was a good final qualifying for everyone in the team, we’re very happy with it. Verstappen gave ample demonstration of how competitive engine and car are now proving. Hamilton has already won the title but Verstappen still has a faint chance of second place. He is 16 points behind Bottas, who will secure second with a finish of fifth or better. Sergio Pérez, who won last week’s race for Racing Point, was in 15th but will start from 19th after taking new a new engine.