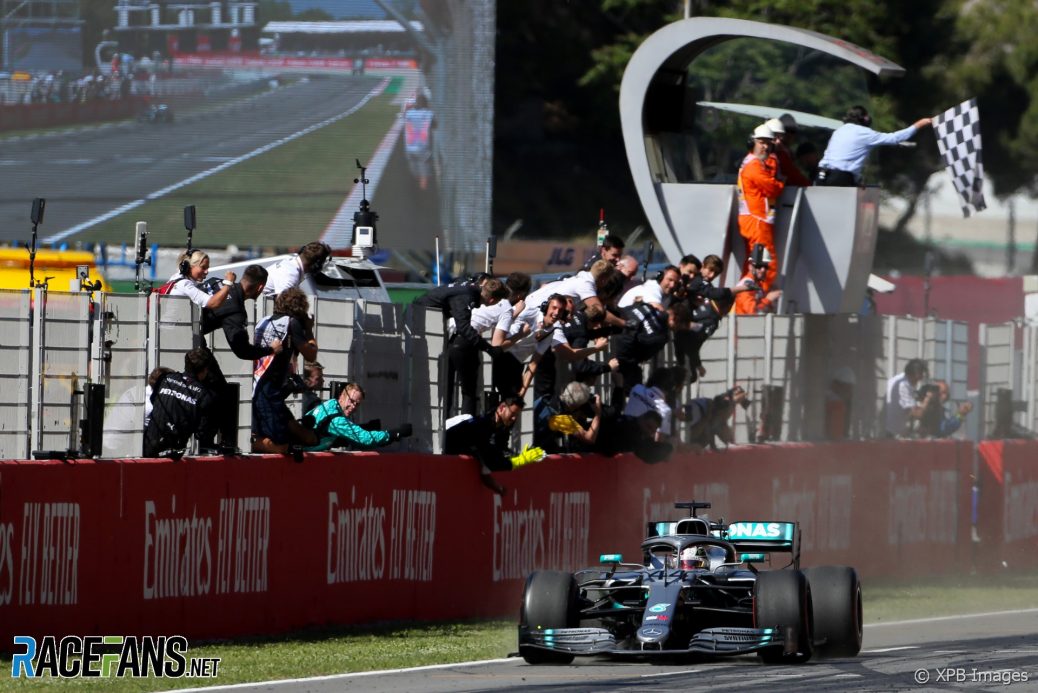 Hamilton: Mercedes has built its best car and the strongest team ever | 2019 Spanish Grand Prix

Lewis Hamilton: “But it’s the best car we’ve made up until now.”
Hamilton said the team’s strong start to the season has come as a surprise and he credits it to the team’s rigorous pursuit of improvements.
Lewis Hamilton: “We definitely didn’t expect to come into the season and win the first five races so that’s already been an incredibly encouraging for everyone and everyone’s pushing so hard which is just great to see.”
Lewis Hamilton: “As you can see it’s the strongest team there is, there’s ever been I think.”