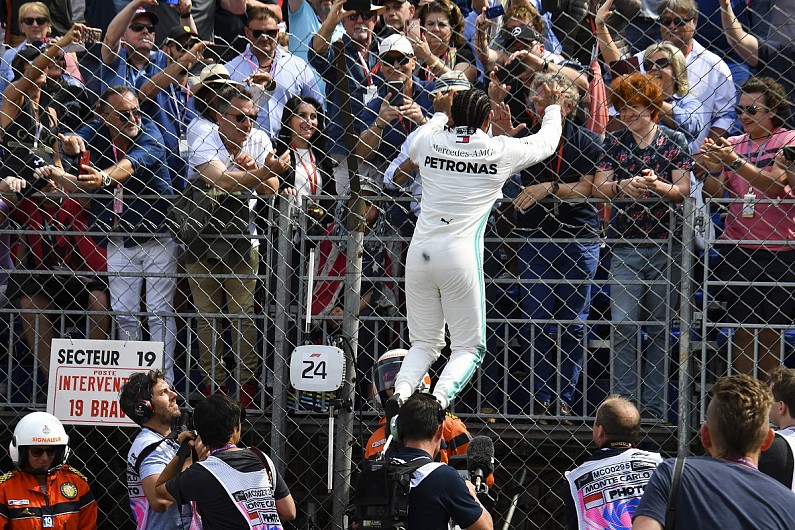 Lewis Hamilton says Mercedes does not “take many risks” like the one that knocked Ferrari’s Charles Leclerc out of the first part of qualifying for Formula 1’s Monaco Grand Prix.
After being told of what Ferrari did and the consequences it had, Monaco GP poleman Hamilton said that sort of mistake is “all about preparation” and “it’s really a formality”.
Vettel hit the wall on his final flying lap, which Hamilton said he saw but felt it is “very easy” to do.
Hamilton said his emotion was heightened by how tense qualifying had been and not knowing if his “ragged edge” lap was enough.