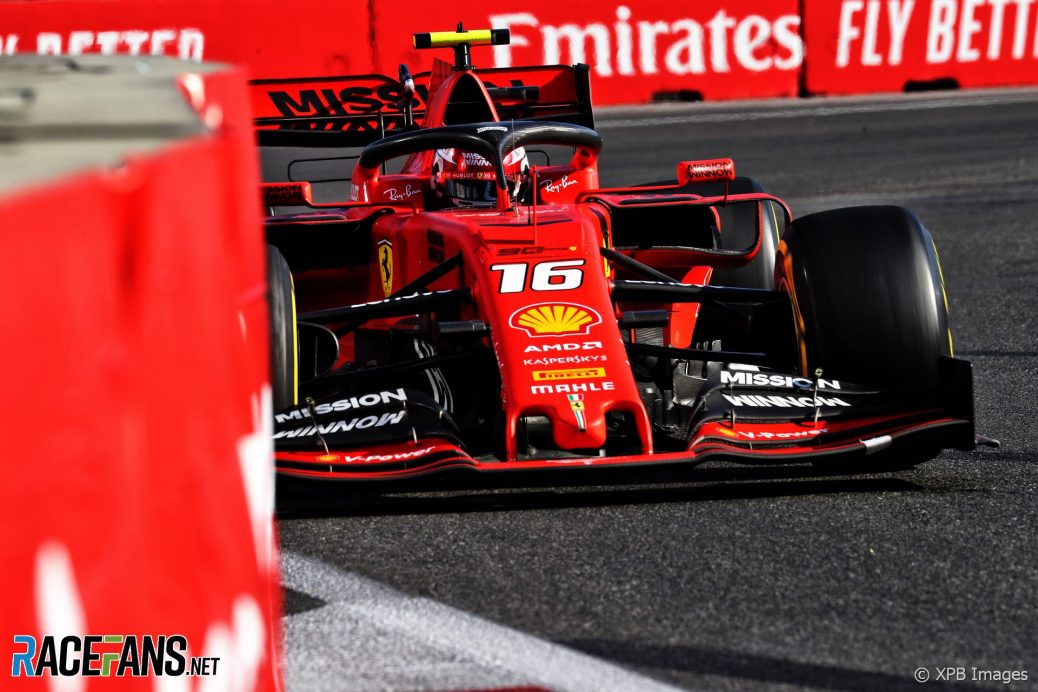 Hamilton: Leclerc was two-tenths quicker than Vettel and would have dominated in Baku | 2019 Azerbaijan Grand Prix

Charles Leclerc would have dominated the Azerbaijan Grand Prix if he hadn’t crashed his Ferrari in qualifying, Lewis Hamilton believes.
But Hamilton believes Ferrari “definitely were quicker” than Mercedes in Baku.
Hamilton: “Our estimates are Vettel would have been two-tenths quicker than Valtteri [Bottas] if he’d had the tow that, for example, we had.”
Hamilton: “And on top of that Leclerc was always two-tenths quicker than him all weekend.”
Starting on the medium would have put Leclerc at a greater advantage as the soft tyres did not work well in Baku, Hamilton added.