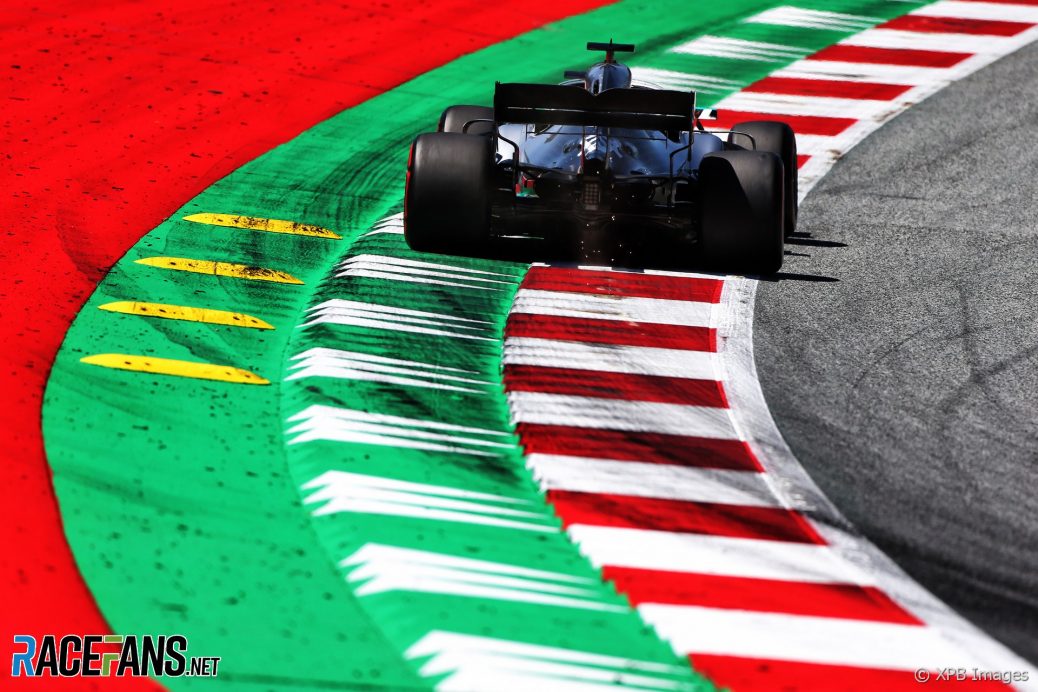 Lewis Hamilton’s Mercedes led the first practice session at the Red Bull Ring but Sebastian Vettel’s Ferrari was just a tenth of a second slower on harder tyres.
Hamilton headed the times with a best effort of 1’04.838, just one-thousandth of a second inside his best time from the same session last year.
However on a hot, 46C track, the medium tyres seemed to be holding up better than the softs Hamilton ran.
Like Hamilton he set his best time on the soft tyres, and had a medium-shod Ferrari a tenth of a second behind him.