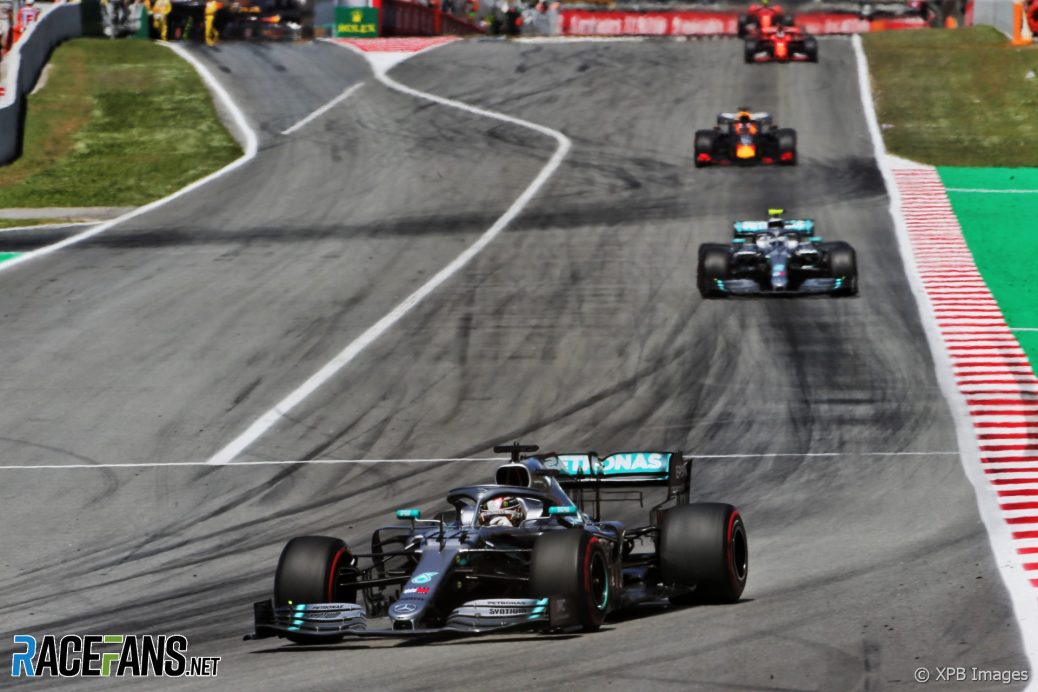 Lewis Hamilton led Mercedes’ fifth one-two in as many races and retook the lead of the championship.
Hamilton passed pole-sitting team mate Valtteri Bottas away from the line at the start of the race and never looked under serious threat, despite a Safety Car restart in the final third of the race bringing the field back into range.
The pair were told to swap positions twice during the race, Vettel letting Leclerc by initially after flat-spotting his tyres as he tried to pass the Mercedes at the start.