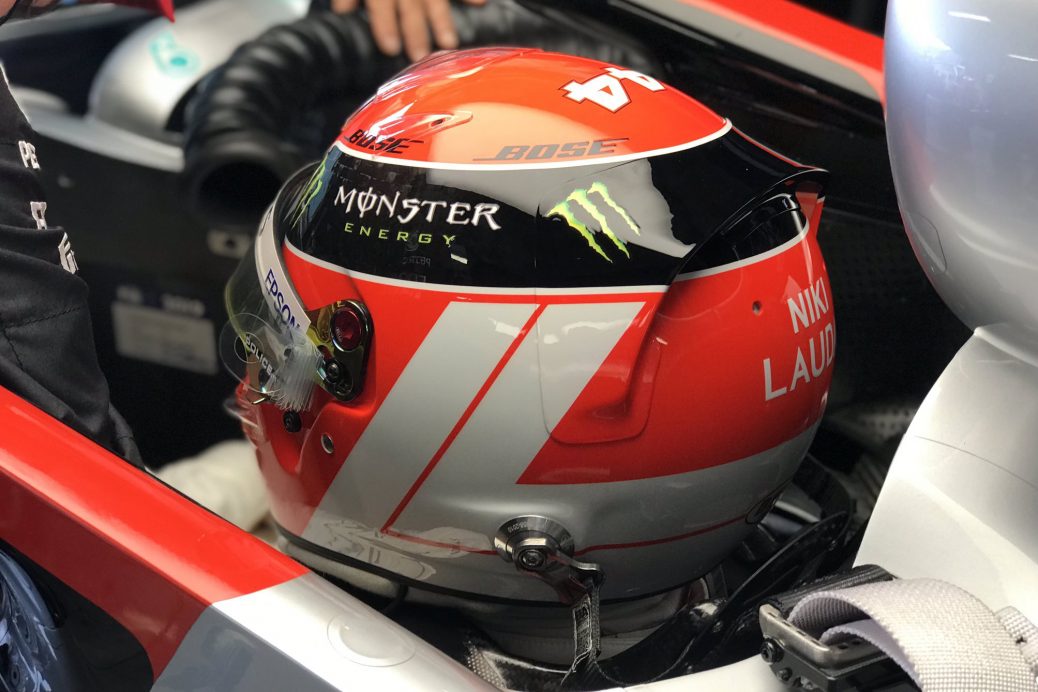 The pole sitter appeared on the track ahead of the race in a new helmet based on the design used by Lauda, who died earlier this week.
Vettel has also been using a helmet based on Lauda’s, who won two of his world championships with Ferrari.
Hamilton said he wants to produce “something special” for today’s race.
Lewis Hamilton: “Niki and would always just say ‘give it arseholes’, so that’s what I try to do every time I get in the car.”
Lewis Hamilton: “That’s honestly what he said all the time.”