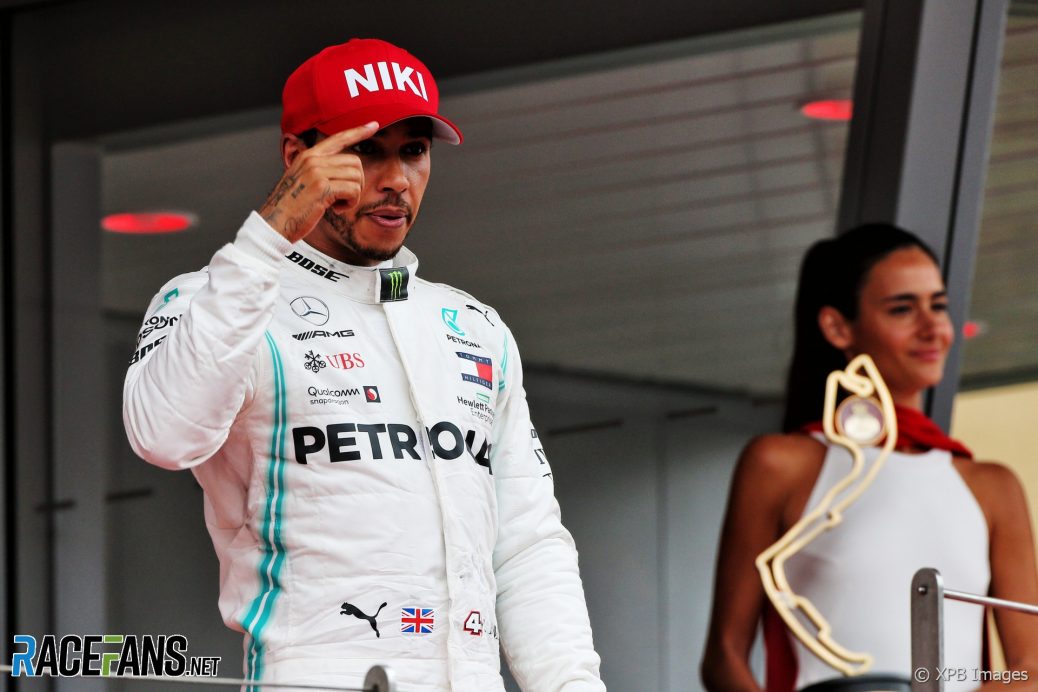 Hamilton: I haven’t driven on tyres that bad since Shanghai 2007 | 2019 Monaco Grand Prix

Lewis Hamilton said the state of his tyres at the end of the Monaco Grand Prix reminded him of his infamous retirement in China 12 years ago.
“I’ve never driven on empty tyres since I think Shanghai 2007 when McLaren left me out for a ridiculous time,” said Lewis Hamilton.
Although he warned his team on the radio several times about the deteriorating state of his tyres, Hamilton said he had no intention of pitting.
Hamilton, who drove the race wearing a replica of Niki Lauda’s helmet design, described his third Monaco Grand Prix victory as “probably the hardest race I’ve had”.