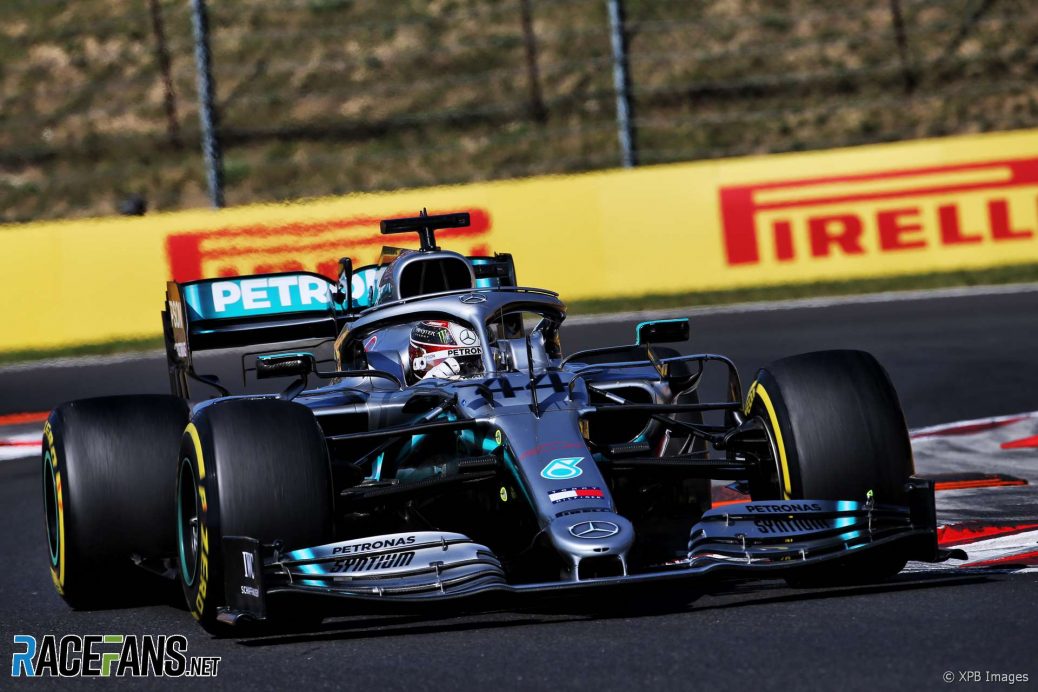 Lewis Hamilton took his eighth victory of 2019 by passing Max Verstappen to win the Hungarian Grand Prix.
Verstappen stayed ahead of Hamilton when the pair pitted, then withstood a fierce attack from his rival as they picked their way through traffic.
The race turned when Mercedes brought Hamilton in for another pit stop.
Three laps from home, Hamilton easily cruised by the Red Bull on the start/finish straight.
Verstappen collected second place after pitting for a set of new tyres and setting the fastest lap of the race.
Valtteri Bottas took himself out of contention on the first lap of the race after Hamilton muscled past him at turn three.