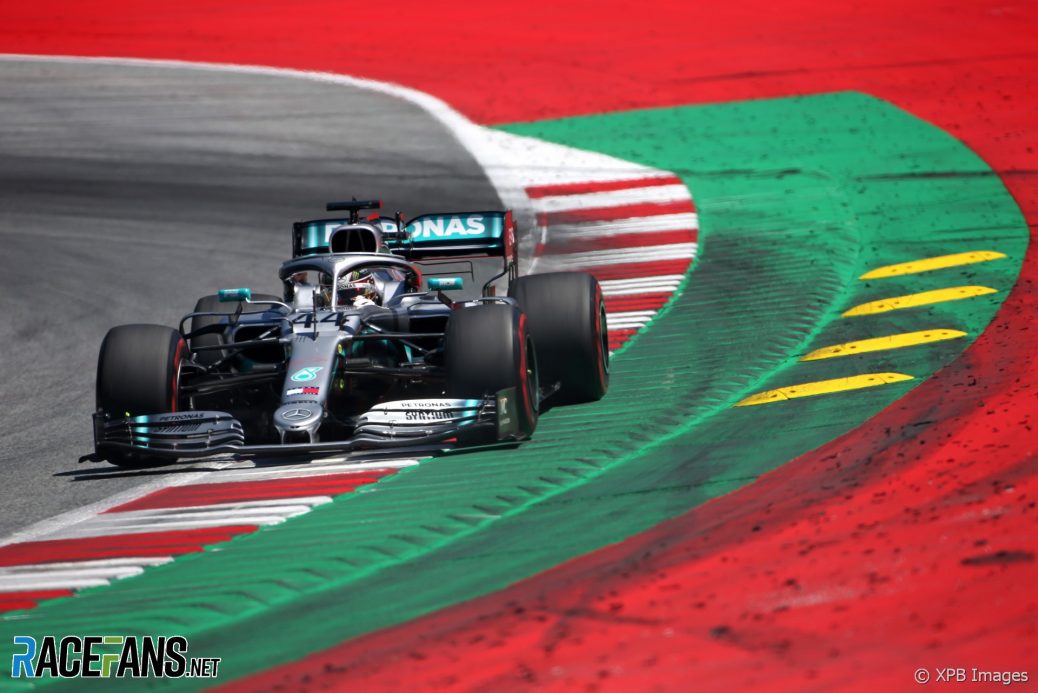 Lewis Hamilton says he doesn’t understand why Mercedes had to reduce their pace much more than their rivals during the Austrian Grand Prix.
“I’m not really sure why we had the issue we had today and the others didn’t,” said Lewis Hamilton.
Lewis Hamilton: “They didn’t have to do any lift-and-coasting and just pushed the whole way which is how Formula 1 should be.”
There was “no way” he could join the fight for victory, said Hamilton.
Hamilton said he has “no idea” whether that will be a problem in other races this year.