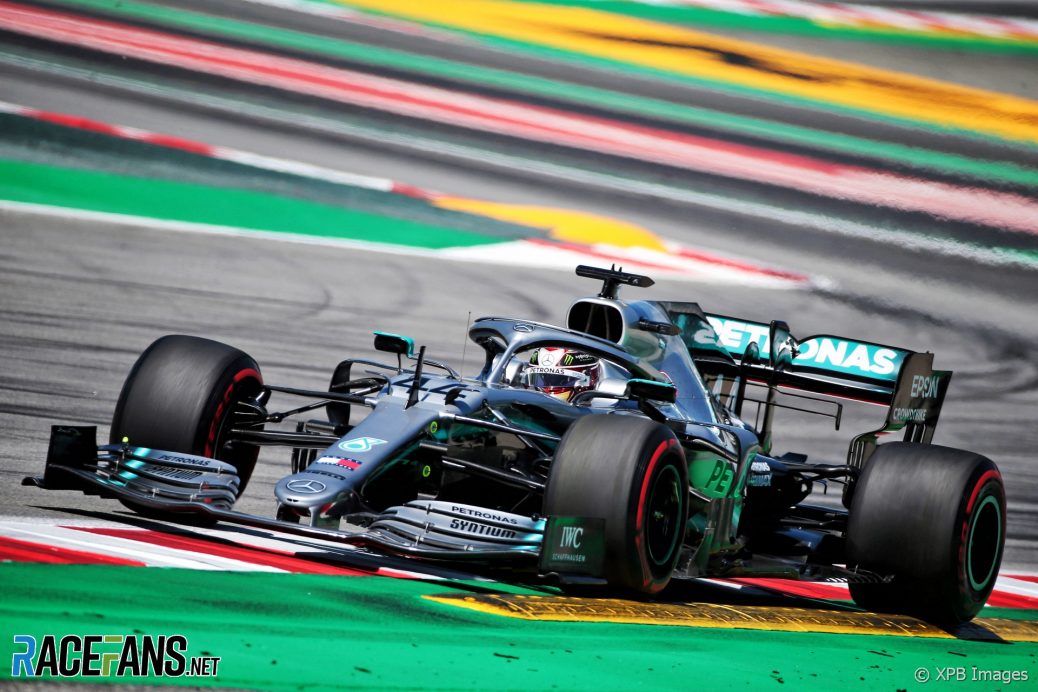 Lewis Hamilton was told there were few areas he could improve after comfortably setting the fastest time in final practice for the Spanish Grand Prix.
The Mercedes driver topped the times with a lap of 1’16.568, more than half a second quicker than anyone else managed.
Charles Leclerc came closest to Hamilton’s mark, but Ferrari continue to lose around four-tenths of a second to Mercedes in the final sector of the lap.
In sharp contrast to Hamilton, yesterday’s pace-setter was advised he had room to improve in “turn one, turn four braking, turn 10 [and] turn 12” after his final flying lap.