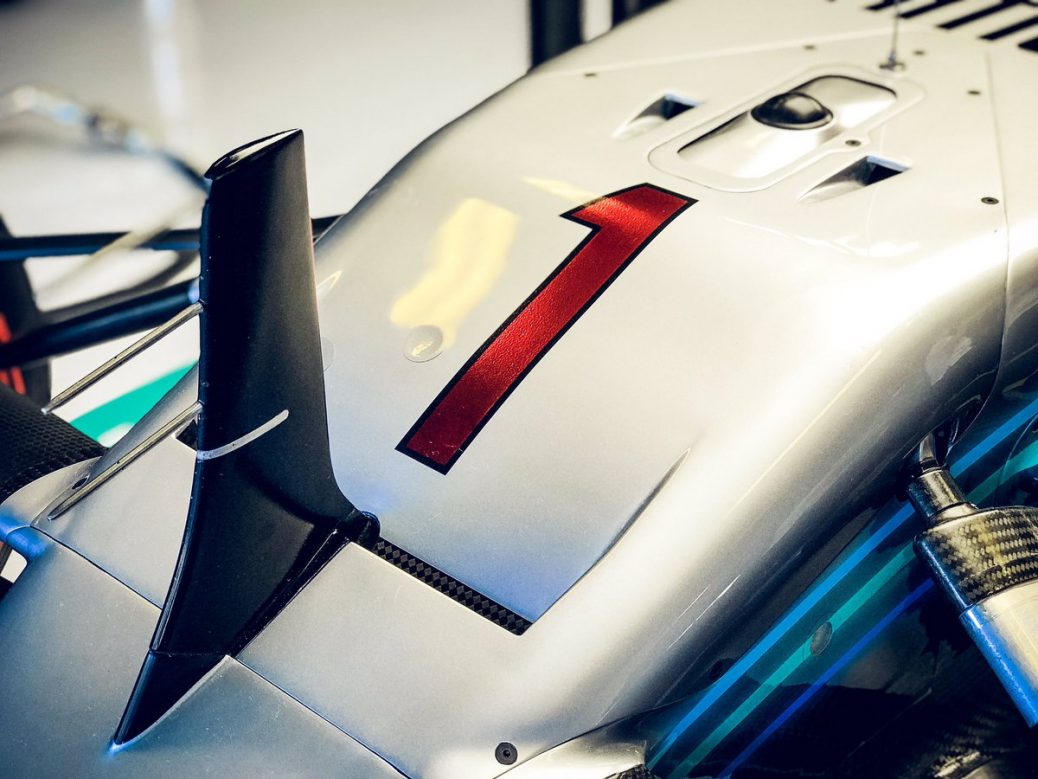 Lewis Hamilton is displaying a number one on his car this weekend but is still officially entered as number 44, Mercedes has confirmed.
Hamilton is officially entered as car number 44 on the FIA entry list and that number is displayed on the sides of his car.
“But Lewis has requested and been given permission to run the number one on those nose at this final race of the season because he’s world champion.”
The team also revealed Hamilton is running the same power unit which was damaged during the Brazilian Grand Prix.