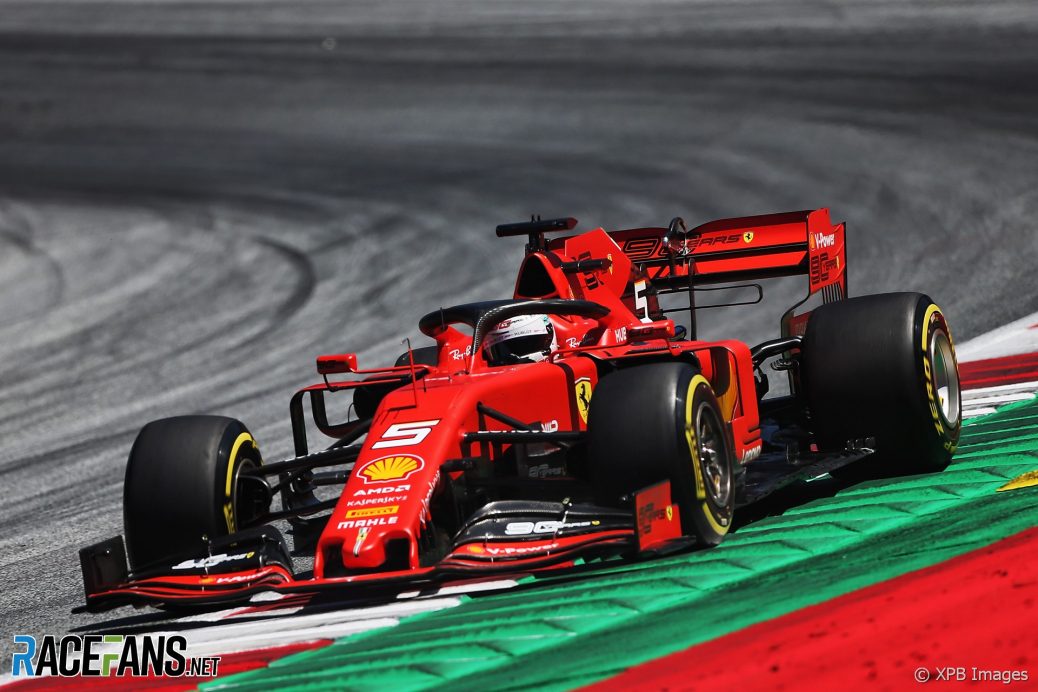 Lewis Hamilton is wary of a potential threat from Ferrari at the Austrian Grand Prix, saying they could be slightly quicker than Mercedes.
“I think today’s shown that they’re either with us or slightly ahead of us,” said Hamilton after Friday’s two practice sessions.
Ferrari took pole position in Canada three weeks ago but it’s their race pace which has caught Hamilton’s eye.
Lewis Hamilton: “Turn six, seven is like a small lift, nine – it’s ridiculous how quick we’re going through nine and then again the last corner which drops away.”