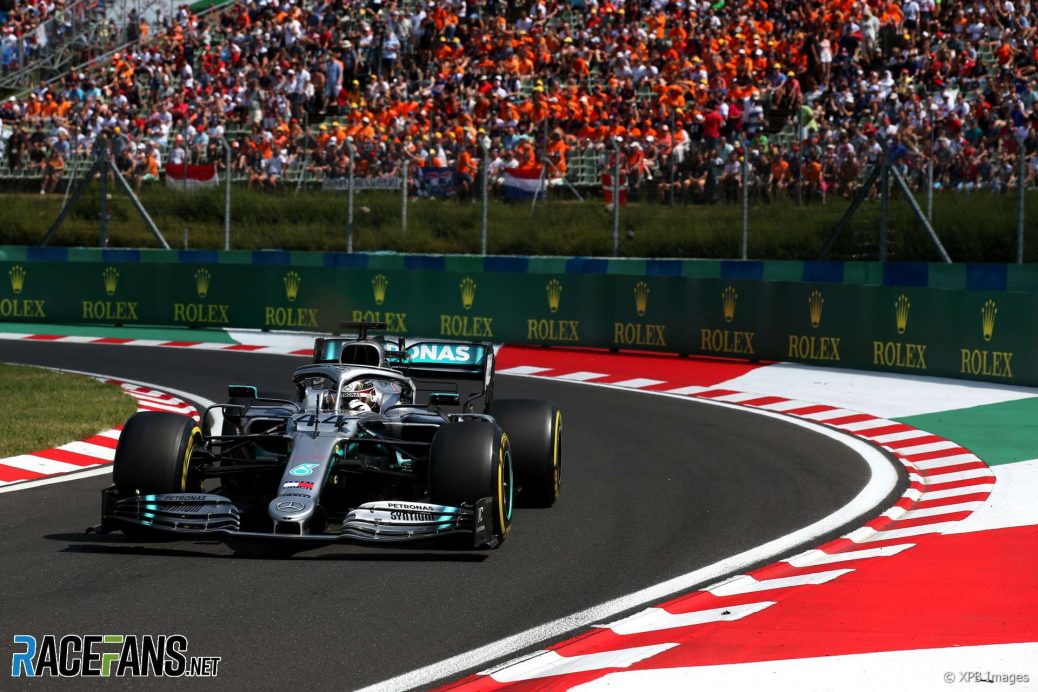 Lewis Hamilton thought making a second pit stop was a “big gamble” when Mercedes told him of their planned strategy change during the Hungarian Grand Prix.
Hamilton felt he had the pace to attack Verstappen without making an extra pit stop.
“A gamble’s always a good thing, it felt like a big gamble for us but at the time I felt like I had the pace on Max,” Lewis Hamilton said.
After his second pit stop the team quickly revised its prediction of how quickly Hamilton would catch Verstappen.