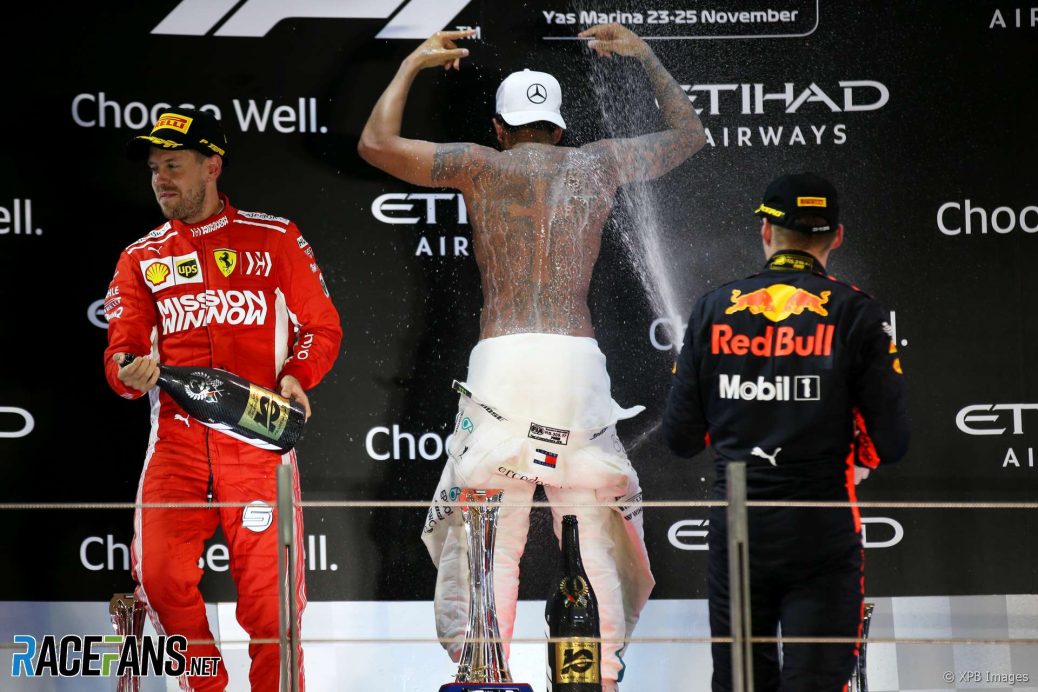 Lewis Hamilton says he stripped off on the podium after winning the Abu Dhabi Grand Prix because he wanted to draw attention to his ‘Still I Rise’ tattoo.
Lewis Hamilton: “I wanted to show ‘Still I Rise’ and I think it was the perfect moment because that’s really how it’s been this year.”
Hamilton said he had taken inspiration from the Maya Angelou poem as well as from Billy Monger, the Formula Three driver who returned to racing this year after losing parts of both legs in a crash last year.