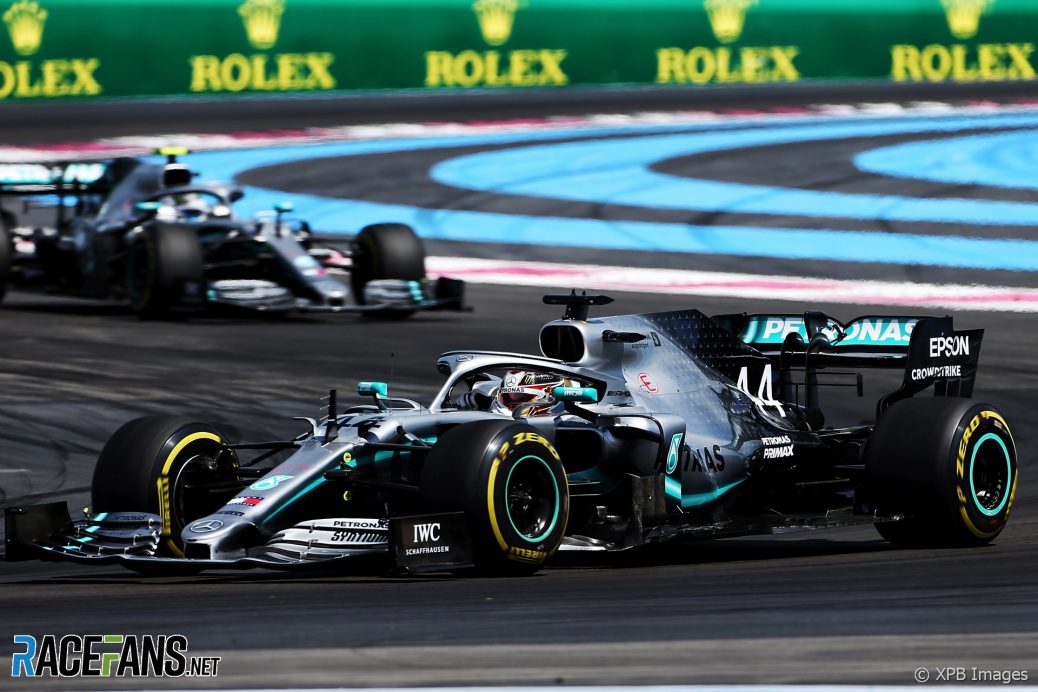 Lewis Hamilton won the French Grand Prix with ease, cruising home over 10 seconds clear of team mate Valtteri Bottas.
Sebastian Vettel passed the two McLaren drivers with ease in the DRS zone early in the race but wasn’t able to jump ahead of Verstappen after flat-spotting his tyres at the end of his first time.
Vettel pitted for fresh tyres at the end of the race in a bid to claim the bonus point for fastest lap.
He succeeded, but only just, as Hamilton lapped within two-hundredths of a second of his best effort on the final lap, despite much older tyres.