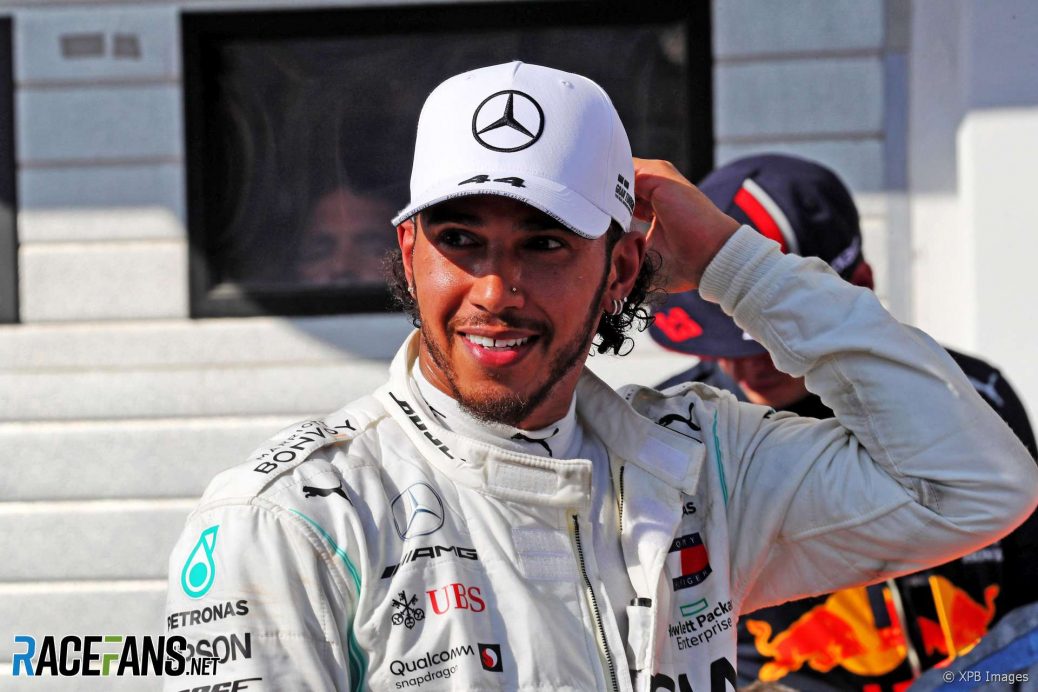 That would leave Hamilton one title away from Michael Schumacher’s all-time record of seven.
His latest comments on his future indicate Hamilton intends to stay in F1 long enough to have a realistic chance of breaking both records.
“I was saying to my guys just now we had our first win here together 2013 and we’ve just been going from strength to strength,” said Hamilton following his win on Sunday.
Hamilton says he has paid attention to when other sportspeople have chosen to retire.
Lewis Hamilton: “So I don’t currently have any plans of stopping any time soon.”