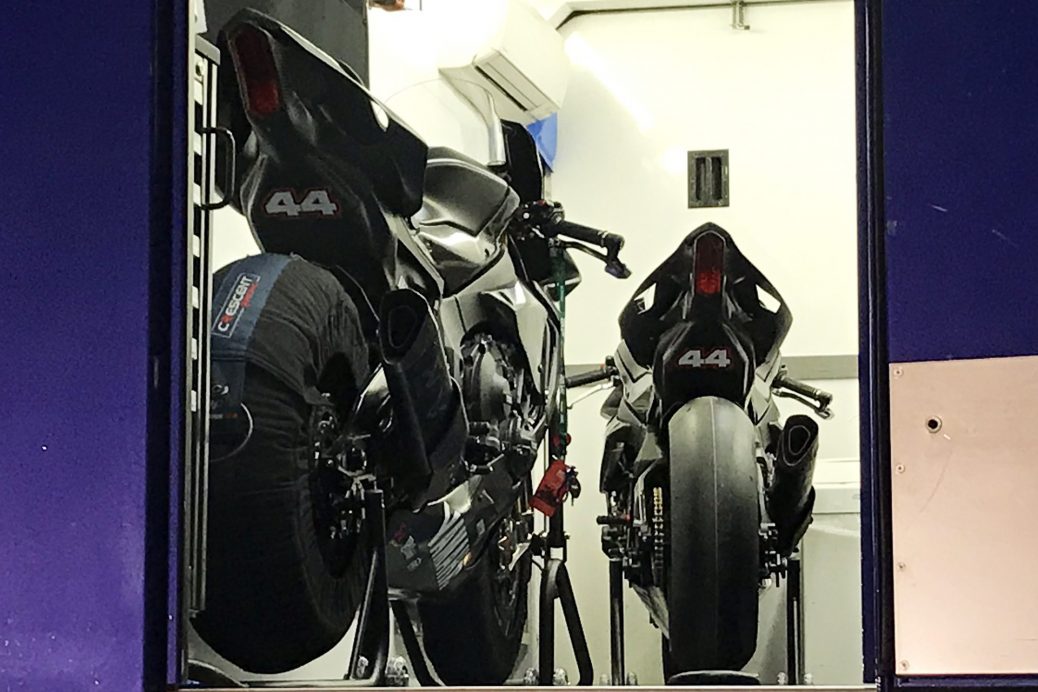 La Gazzetta dello Sport revealed Hamilton tested a Yamaha YZF-R1 of the type raced by the Cresent Racing-run Yamaha Racing Team in the Superbike World Championship.
Hamilton came off the bike at turn five, the fast left-hander which leads to the long back straight at the former home of the Spanish Grand Prix.
The bike was damaged but Hamilton resumed testing soon afterwards.
Earlier this year Hamilton said the Moto GP was the only motorsport he could see himself racing in outside F1.
F1 world champion @LewisHamilton has been riding at Jerez this week.