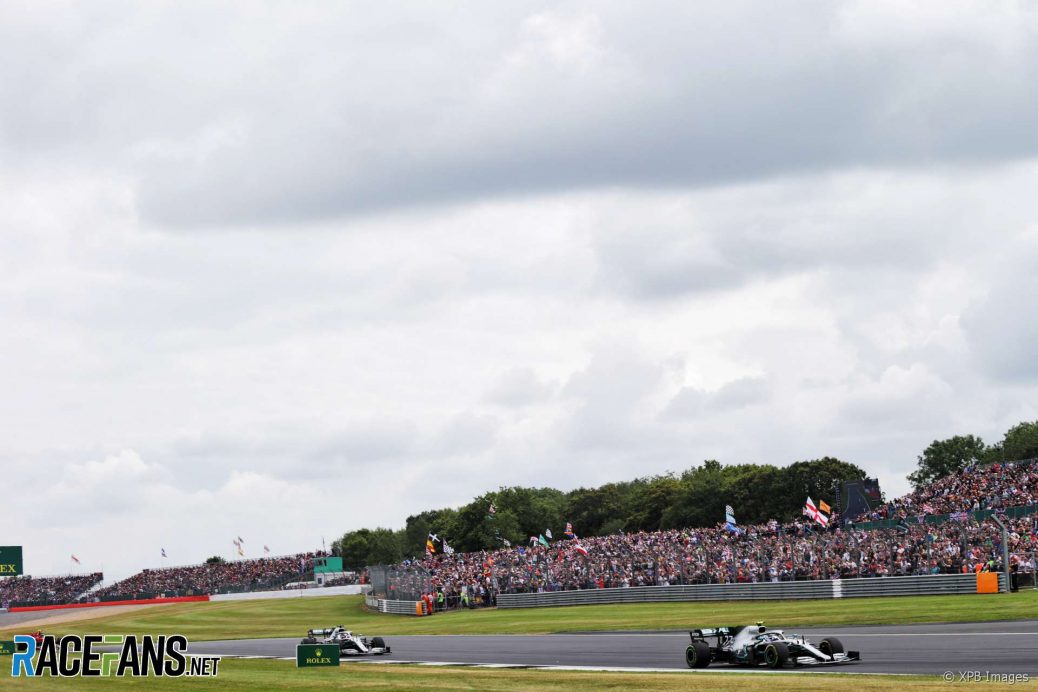 Hamilton: Blocking Bottas would be “not the right thing to do” | 2019 British Grand Prix

Lewis Hamilton says he would have fought harder against Valtteri Bottas had he not been his team mate.
Hamilton briefly got alongside Bottas at one point but ceded the position, saying it would have been wrong to force his team mate to back down.
his: “[So] even when I overtook him and he was coming back I could’ve swept across the front and blocked him but that’s not the right thing to do.”
Hamilton said he was hoping to have the chance to fight Bottas again later in the race before the Safety Car was deployed.
Lewis Hamilton: “But the Safety Car came out and intervened.”