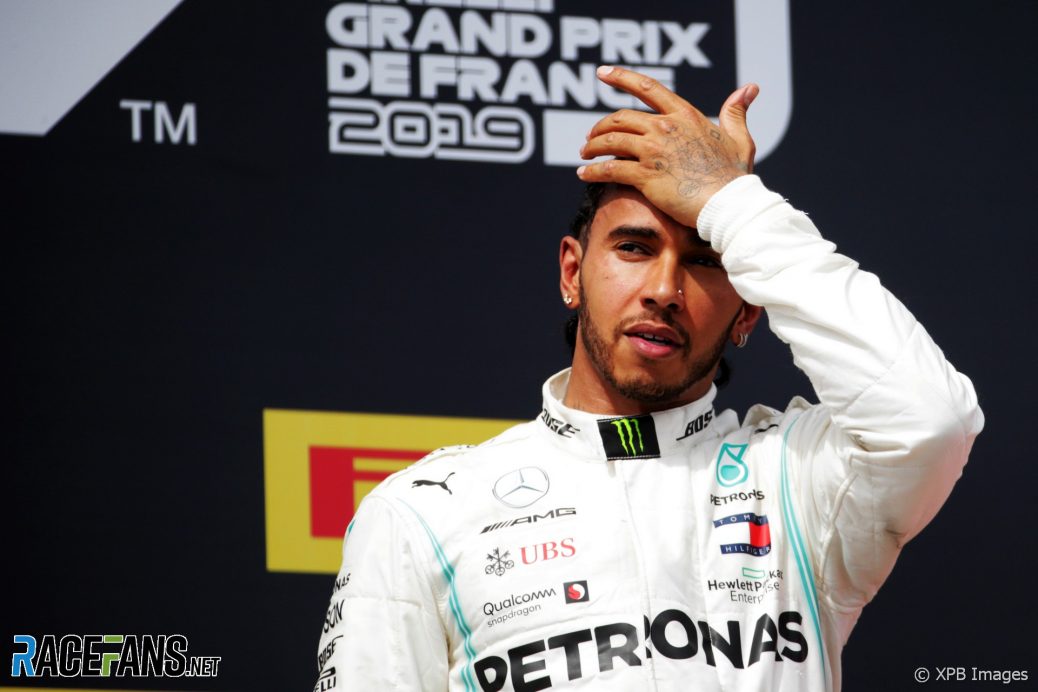 Lewis Hamilton says drivers should not be blamed for “boring” F1 races and warned “serious changes” are needed to the sport’s plans to overhaul its rules in 2021.
Speaking after he continued Mercedes’ streak of winning every race so far this year in a processional French Grand Prix, Lewis Hamilton urged the media “don’t point the fingers at the drivers because we don’t write the rules.”
Lewis Hamilton: “I think they are trying to but for many, many years they have made bad decisions.”
Lewis Hamilton: “I think they’ve extended their decision on making the rules.”