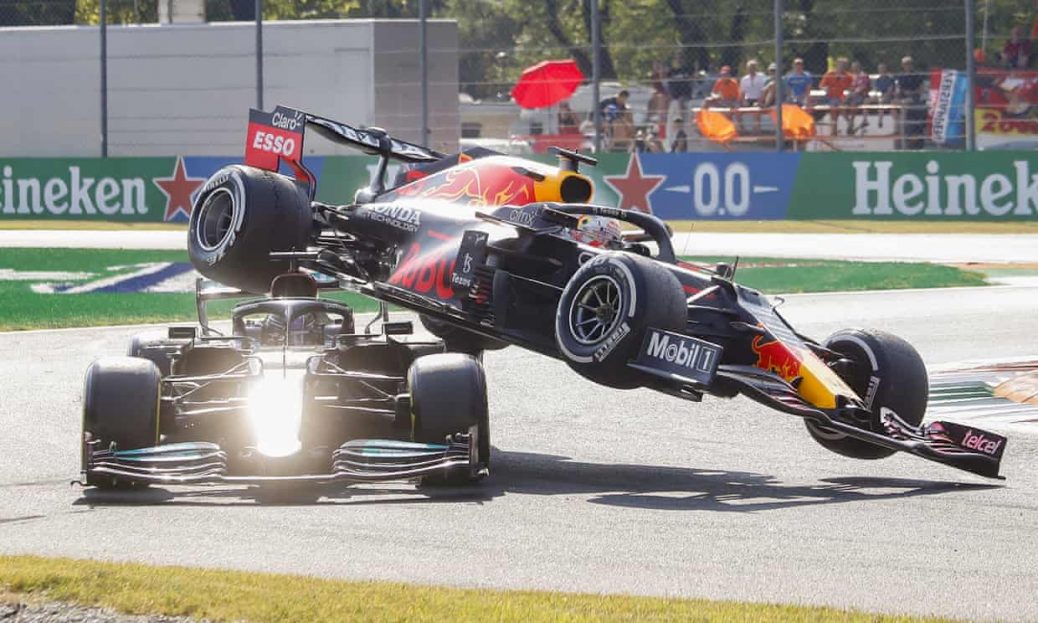 Both drivers were knocked out of the race in an accident that had the potential to be fatal. Ricciardo has not won at Monza before, it is his first victory for McLaren, his first since Malaysia in 2016 and the eighth of his career. After a frenetic start the racing had settled down with the pitstops, when once again Hamilton and Verstappen clashed. Hamilton had exited from his pit stop, emerged wheel to wheel with Verstappen and the pair went into the first chicane together. Hamilton had his nose ahead but Verstappen had the pace to try to pass and the pair collided. Verstappen climbed out immediately, glared at Hamilton in his cockpit and strode angrily away. The pair touched, not for the first time this season and not for the last time in the race it would transpire, Hamilton went over the kerbs and Norris retook third. Verstappen remained on his tail as the front four were opening a gap to the field, separated by just over four seconds with the McLarens demonstrating impressive straightline speed. Verstappen stayed out, as Red Bull looked to over cut the Australian. On the same lap Hamilton had passed Norris on the outside of Roggia to take third and he then pitted on lap 26.