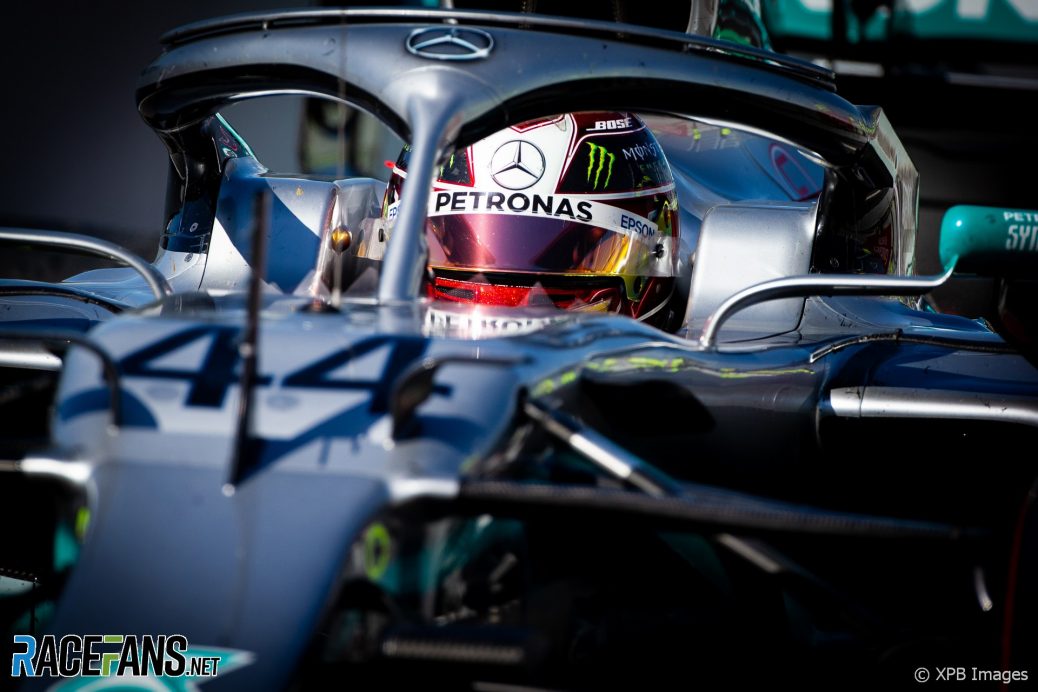 Mercedes issued a warning to their rivals in the first practice session for the Canadian Grand Prix, lapping almost a full second quicker than their closest rivals.
On a very dusty track following the recent construction work at the circuit, Hamilton produced a best time of 1’12.767 on the medium compound tyres in the second half of the session.
Team mate Valtteri Bottas was only a tenth of a second slower, but had to abandon his final run after a loss of fuel pressure on his new Mercedes power unit.