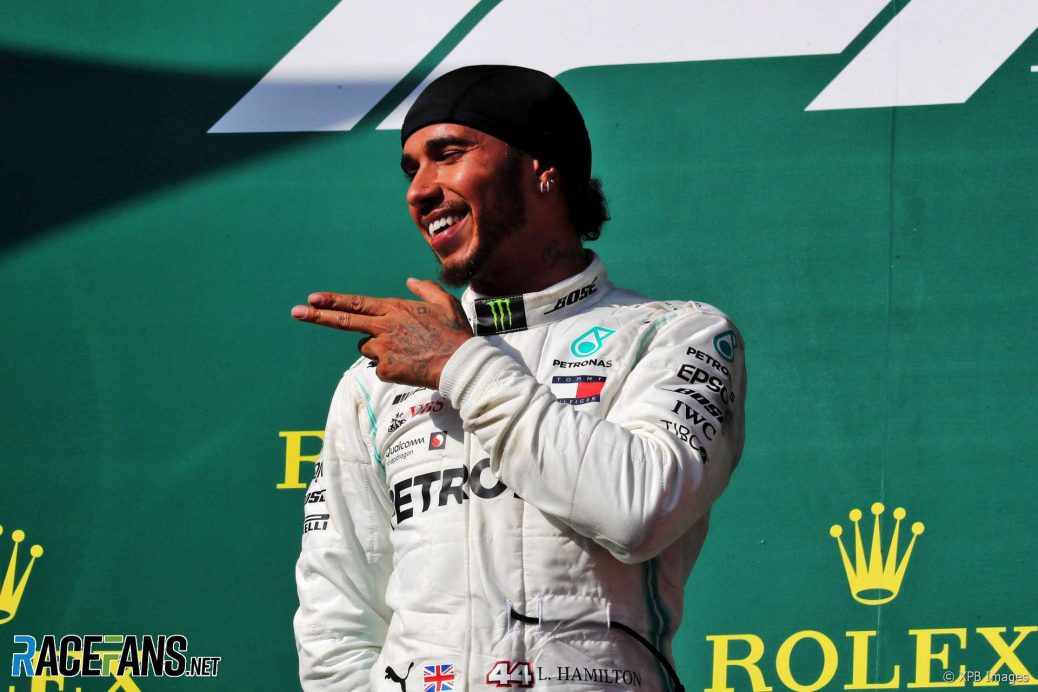 Hamilton has also moved another step closer to equalling Schumacher’s all-time record of 91 wins.
Hamilton is now on 81, 10 shy of Schumacher’s record.
While Schumacher’s record for most wins in an individual race – eight in the French Grand Prix – remains untouched, this is the second race this season where Hamilton has notched up his seventh win, along with the Canadian Grand Prix.
Hamilton took one hour, 35 minutes and 3.796 seconds to reach the chequered flag, beating Schumacher’s 15-year-old record by 22 seconds.
Browse all 2019 Hungarian Grand Prix articles.