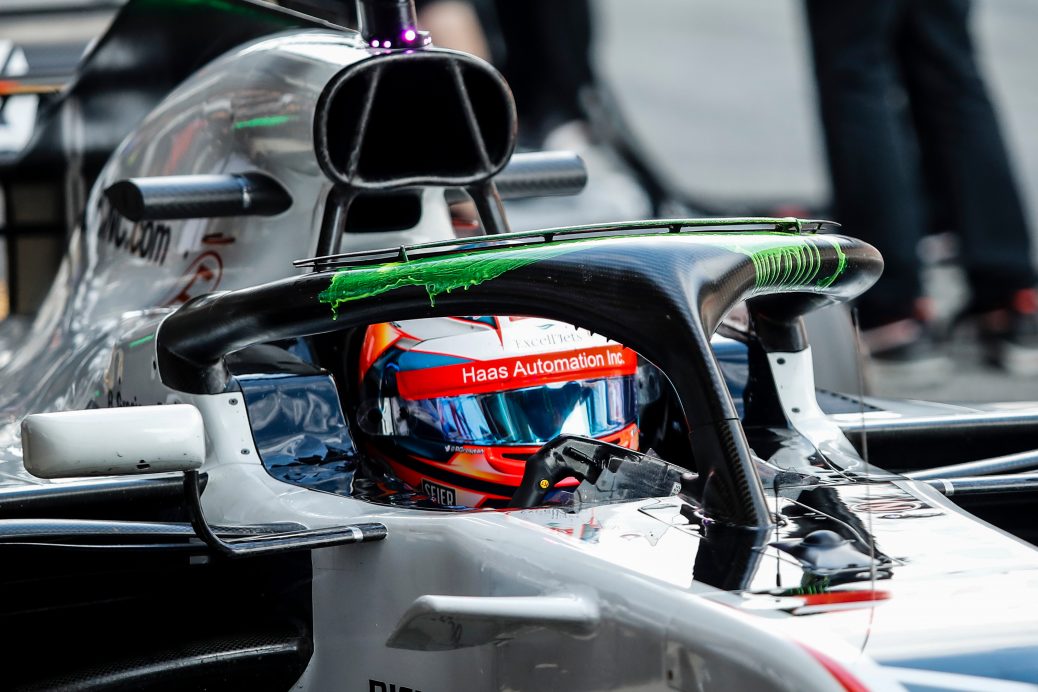 ROMAIN GROSJEAN was saved thanks to the halo cockpit canopy on his F1 car. The halo was introduced in 2018 and while it was not universally liked, it has already saved many F1 drivers. The super-strong structure can withstand a weight of 12,000kgs and is also used to deflect debris from striking a driver’s helmet. It is around the driver’s neck and looks like part of the bodywork. The padding is able to absorb huge amounts of g-force in a crash and also help take the strain off a driver’s head when cornering. It attaches a driver’s helmet to an anchor point behind their shoulders to prevent further neck injuries in a high-impact crash.