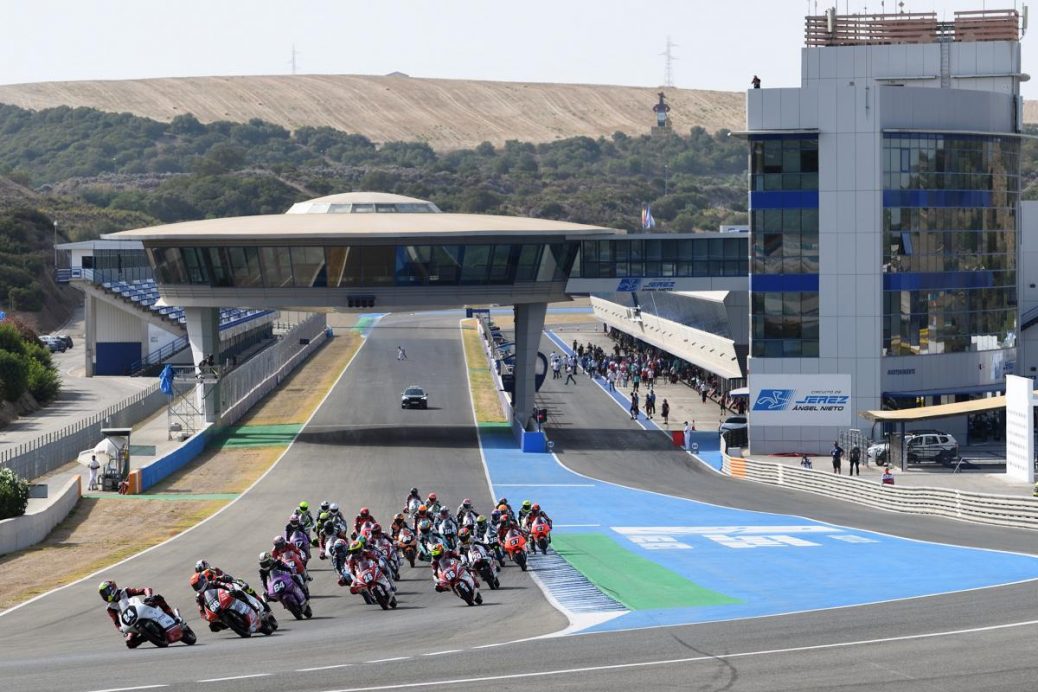 Halfway point: a battle in the heat of Jerez awaits

After three stunning rounds in the 25th season of Finetwork FIM JuniorGP™ World Championship, the paddock heads to the south of Spain and the Circuito de Jerez – Angel Nieto, the fourth round of the season. In contrast to Salvador, Azman got his first two podiums of the season last time out, with the 20-year-old Malaysian keen to shine at Jerez this coming weekend. Behind the top three and just a point behind Azman, Colombian David Alonso (Aspar Junior Team) had a tricky time in Barcelona. Fifth overall and a point further back of teammate Alonso, the impressive Filippo Farioli (Aspar Junior Team) has three podiums in his last three races. A huge step forward from 2021, the Italian set his first fastest lap last time out in Barcelona, whilst he took his only points finish of the 2021 JuniorGP™ season at Jerez with 11th; is he one to watch out for this weekend? The Sunday race schedule for Round 4 of the Finetwork FIM JuniorGP™ World Championship is as follows:.