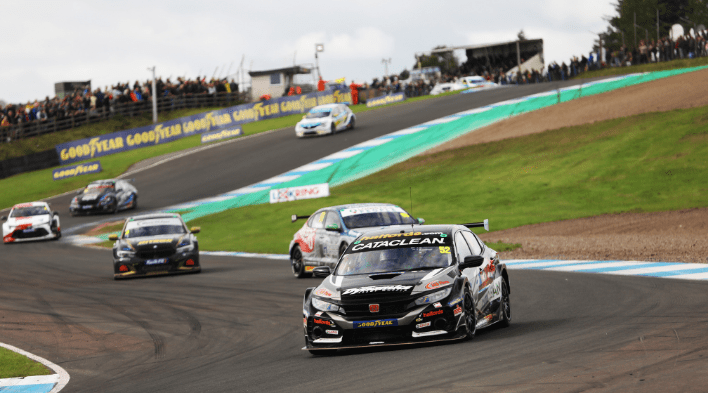 Following a challenging time at Knockhill, Halfords Racing with Cataclean now ventures to Thruxton, one of the team’s favourite circuits, this weekend (28/29 August) with a positive outlook, and drivers Gordon Shedden and Dan Rowbottom ready to capture more points in the Kwik Fit British Touring Car Championship. At Shedden’s home circuit of Knockhill, he fought valiantly, coming away with 32 points after finishing eighth, fifth and fourth respectively in the three races of the day, which now leaves him sitting fourth in the Championship. In race three, the car came alive, and the 32-year-old fought his way up to a respectable tenth position from 18th. It’s the fastest we go at any of the circuits this year, so you have to have your wits about you at all times. I’ve been on the podium here 12 times in the last 10 years, so I hope I can mirror that again this weekend!”.