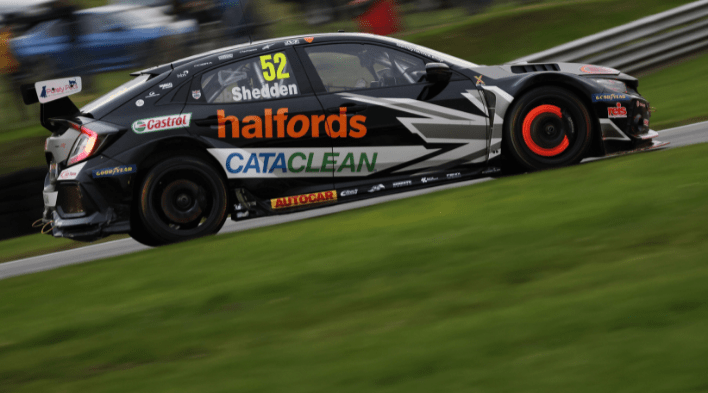 Halfords Racing with Cataclean rounded out the Kwik Fit British Touring Car Championship with a superb day in Kent, as drivers Gordon Shedden and Dan Rowbottom combined to ensure the team secured a podium finish in each of the three races around Brands Hatch’s Grand Prix circuit. While the pair both bolted away from the line, it was Shedden who came out ahead, getting past his team-mate into the final podium spot. Rowbottom began the final race of 2021 from fifth on the grid, by virtue of the reverse grid draw, while his team-mate would start in P7. The final race of the day saw Shedden lose places off the line, before moving through the pack to return to seventh spot at the finish, defending the place from an attacking Jack Goff throughout most of the second half of the contest. “It’s been a good season, but frustrating at times,” reflected Rowbottom.