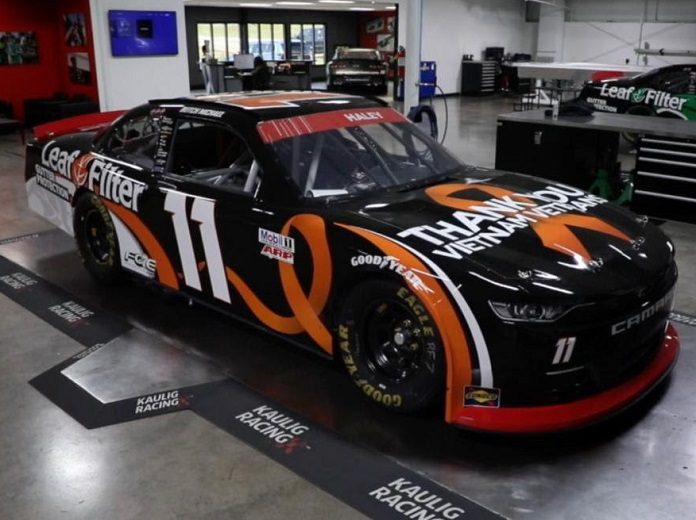 Kaulig Racing will use a special orange-and-black scheme to honor Vietnam veterans during Agent Orange Awareness month, with Haley wheeling the car on Oct. 31 at Martinsville (Va.) Speedway. While it is estimated that 2.6 million veterans were exposed to Agent Orange, many veterans, and their children, are still navigating the effects today. “My father-in-law recently passed away from renal cancer as a direct result of being exposed to Agent Orange when he fought in the Vietnam War. All of us at Kaulig Racing thought it was a great opportunity, since October is Agent Orange Awareness Month, to raise awareness and give back to the Vietnam veterans and their families who were, and still are, directly affected by Agent Orange.”.