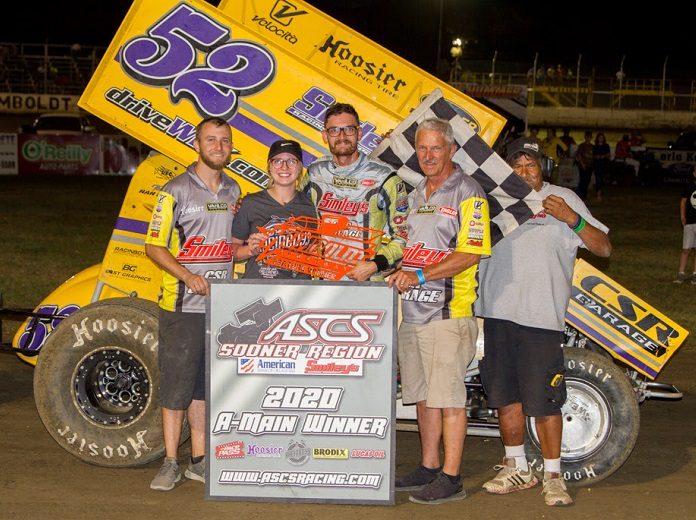 Hahn Wins By 8.8 Seconds At Humboldt

HUMBOLDT, Kan. – Following an early race battle with Ryan Timms, the end of 30 laps at Humboldt Speedway saw Blake Hahn dominate the three-eighths-mile oval for his fourth career victory with the American Bank of Oklahoma ASCS Sooner Region presented by Smiley’s Racing Products. Back to trading the lead as the green flag flew, Hahn was able to secure the point off the fourth turn to lead lap two. Picking through traffic at the race’s half-way point, Timms was able to close slightly as Sean McClelland moved to battle for second. Giving Timms a run, McClelland slipped back into the tire tracks of the No. Timms held on for second, and his best career ASCS regional finish, with McClelland on the final podium step.