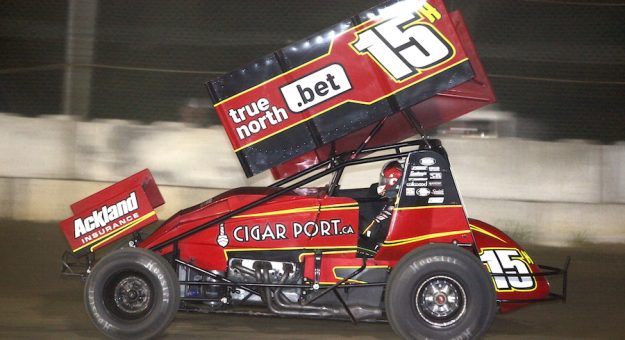 MUSKOGEE, Okla. — Five-time series champion Sam Hafertepe Jr. reigned supreme as the Lucas Oil ASCS National Tour returned to Thunderbird Speedway on Sunday night for the first time in 22 years. “I felt like we had a good car right away and we were able to work through traffic really well,” Hafertepe explained in victory lane. While Hafertepe cruised out front ahead of Wayne Johnson and Dylan Westbrook even after traffic came into play after eight laps, his Sunday drive became perilous when fourth-runner and reigning series champion Blake Hahn slowed to precipitate the race’s first caution with just three laps to go. “I didn’t want to see that caution, but we were good enough to finish it off,” Hafertepe explained.