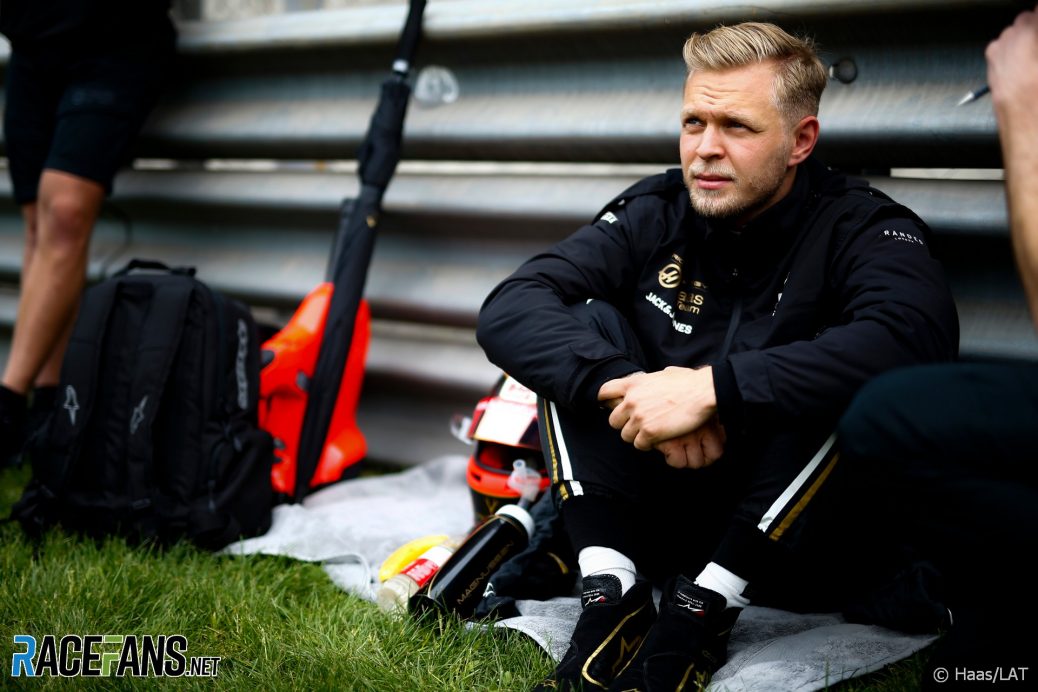 Kevin Magnussen has said that Haas would let him race the 24h du Mans with his father, if he could find the right Corvette opportunity.
Magnussen’s father, Jan, is a former Formula One driver who has been competing in sports car series since 1995, including every 24 hours of Le Mans since 1999.
Also driving in the IMSA sports car series, Magnussen senior has taken four class victories at the endurance race, all with Chevrolet in a Corvette.
Although not able to compete with prototypes for the outright win of Le Mans, GT cars are able to win in their own class, which Magnussen said he and his father would be aiming for.