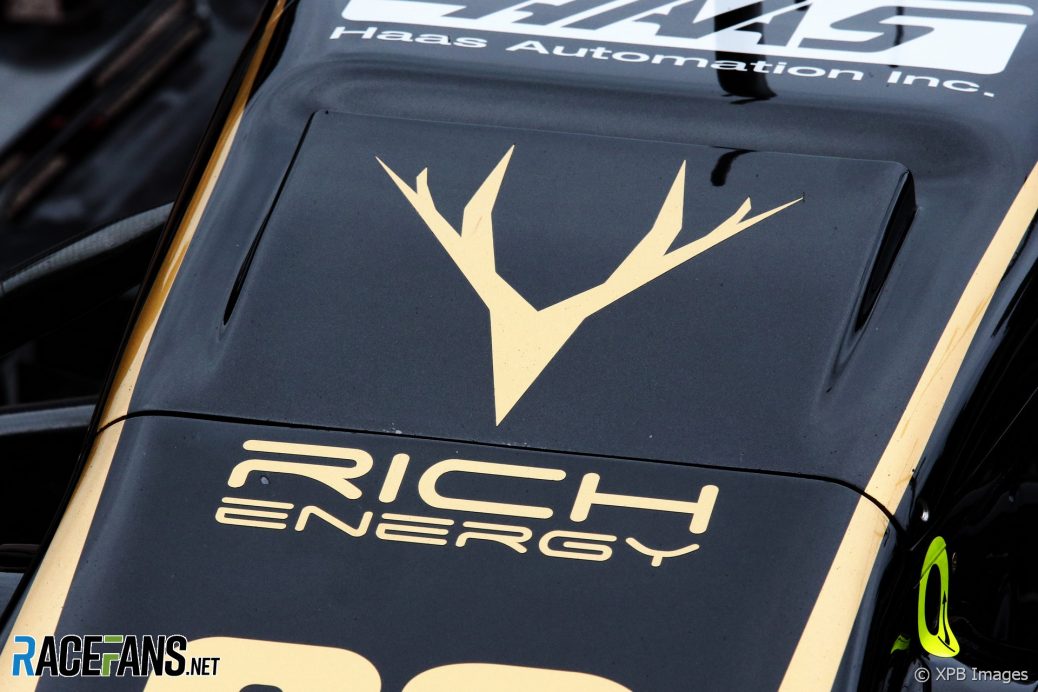 Haas’s controversial title sponsor Rich Energy is undergoing a change of name following CEO William Storey’s departure from the company.
Storey’s departure was announced in a social media post stating William Storey “has sold his majority stake in the legal entity of Rich Energy limited.”
Companies House records indicate a new name was registered today for the company previously known as Rich Energy Limited.
Rich Energy became the team’s title sponsor at the beginning of the season, and team principal Guenther Steiner said the announcement came as a surprise to him.