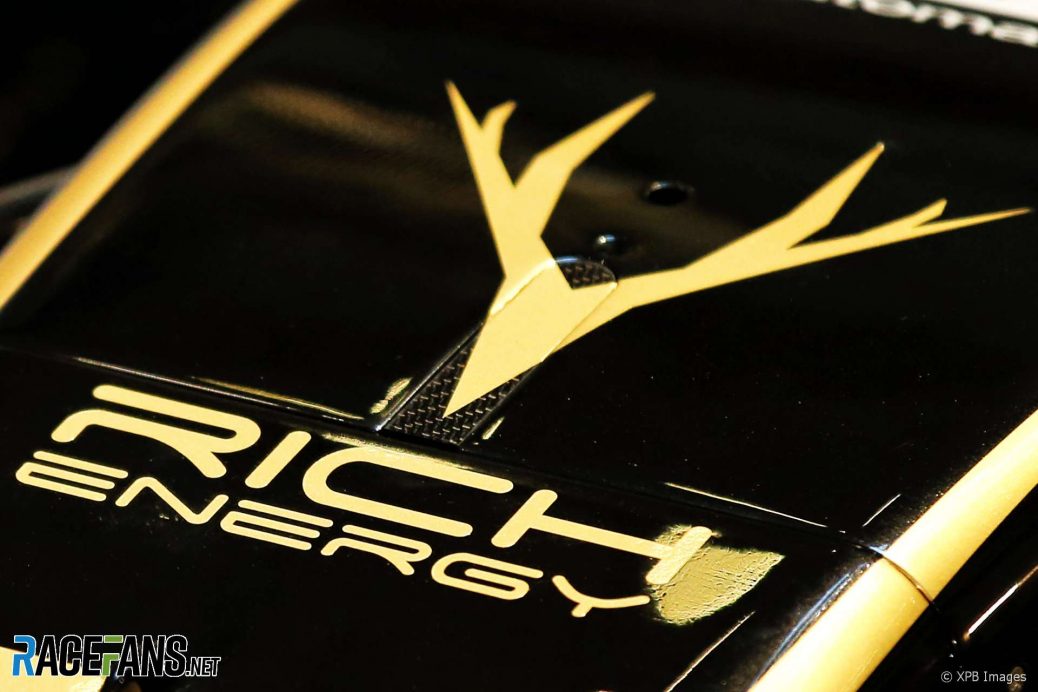 Haas’s title sponsor Rich Energy may have to change its branding after losing a court case over its logo.
Atb sought an injunction to prevent Rich Energy’s logo appearing on Haas’s Formula 1 car and website, claiming the design was a copy of the graphic they had used since 2008.
Judge Melissa Clarke found Rich Energy’s Williams Storey “was fully involved in the design process and knowingly copied” the logo.
“Mr Storey provided different and inconsistent accounts of the development of [the Rich Energy logo],” she wrote in Melissa Clarke judgement.