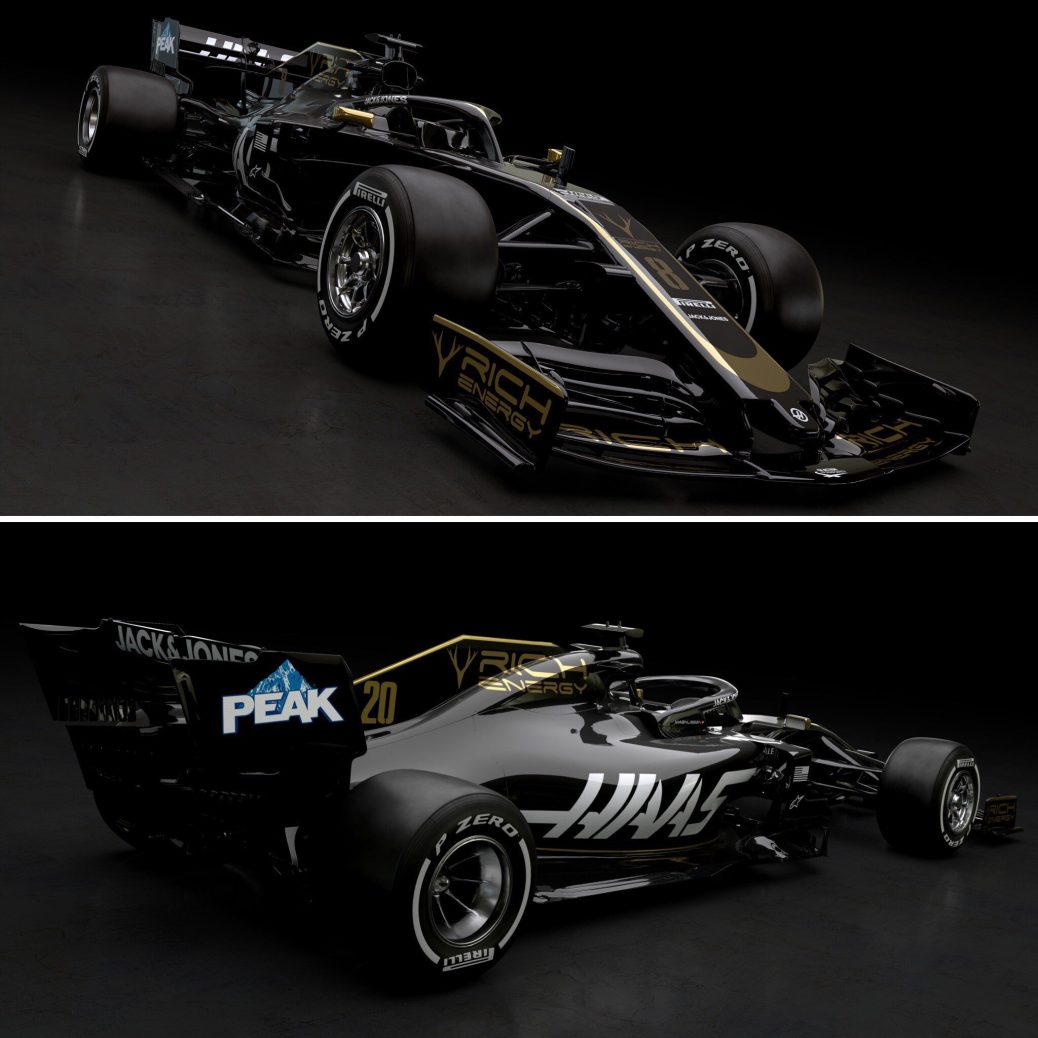 Haas has revealed its new livery for the 2019 F1 season featuring the branding of title sponsor Rich Energy.
That is expected to appear in time for the start of pre-season testing on February 18th.
Haas announced last October it had secured backing from the British energy drink brand.
It is believed to have beaten competition from at least two rival F1 teams who were linked to Rich Energy.
The American-owned, British-based team is heading into its fourth full season in F1.
The team has retained its driver line-up of Romain Grosjean and Kevin Magnussen for a third consecutive season.
Browse all 2019 F1 season articles.