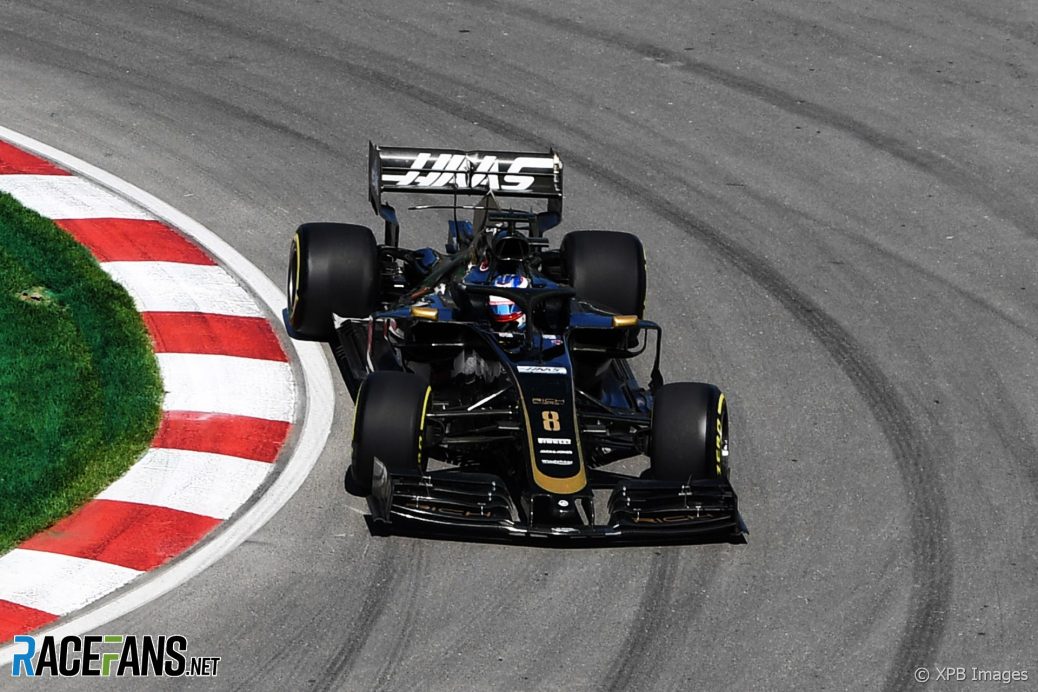 Haas has removed the stag logo used by title sponsor Rich Energy from its car at the Canadian Grand Prix.
“We have asked our partners Haas F1 Team to remove [the] stag element from car this weekend,” Rich Energy confirmed on Twitter.
Last month Rich Energy lost a court case in London over the logo.
“Whilst we own the stag trademarks and registrations worldwide [including] Canada we don’t want any media circus for [the] team whilst we contest [the] baseless case with Whyte Bikes and win,” Rich Energy added.
Rich Energy became Haas’s title sponsor at the beginning of the season.