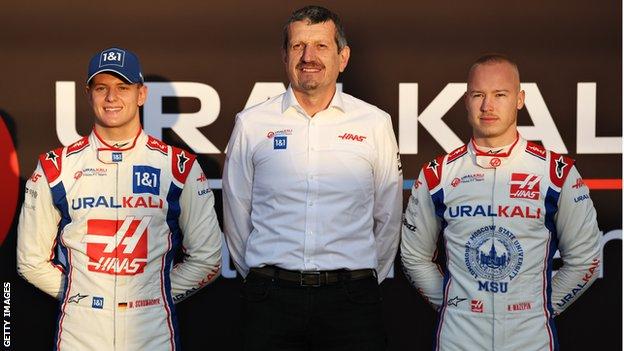 Haas: No regrets over previous links with Russia – Guenther Steiner

Haas team boss Guenther Steiner said he does not regret the team having previously had strong links with Russia. And he said that the “right decisions” were taken following Russia’s invasion of Ukraine. Steiner said there was no option but to drop Mazepin. Speaking from Bahrain, before the first Grand Prix of the season, Steiner said the decision about Mazepin was taken by the whole team. Steiner said he had not been in touch with the young driver, adding: “It was not his doing but sometimes you end up in this situation and you need to deal with it.”. Asked if he had any regrets about the close ties that Haas forged with Russia, Steiner said: “No I don’t regret them, it was a decision that at the time we took. Steiner said the team’s future was not jeopardised by losing its title sponsor.