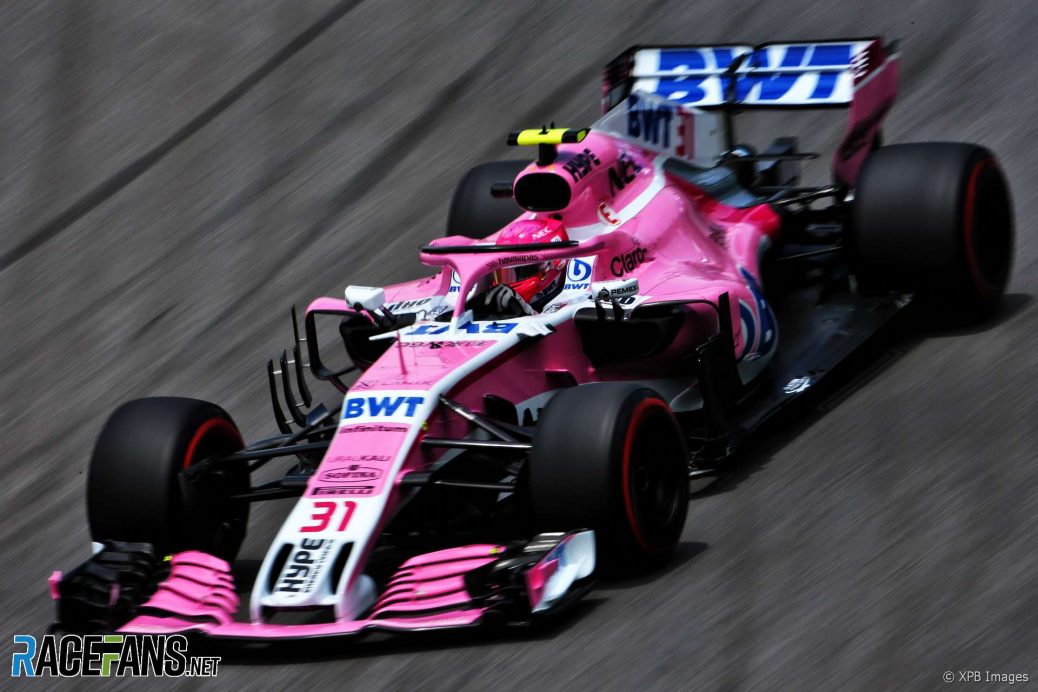 Haas has lodged a protest against both Force India cars, the FIA has confirmed.
Representatives of Force India and Haas have been summed to a meeting of the stewards tomorrow at 11am concerning a “protest by Haas F1 Team against cars 11 and 31,” according to an FIA statement.
The reason for the protest has not yet been confirmed.
However the two teams have been at odds over whether Force India is eligible to receive prize money payments from Formula 1 since its re-entry into the sport after it emerged from administration during the summer break.
Browse all 2018 F1 season articles.