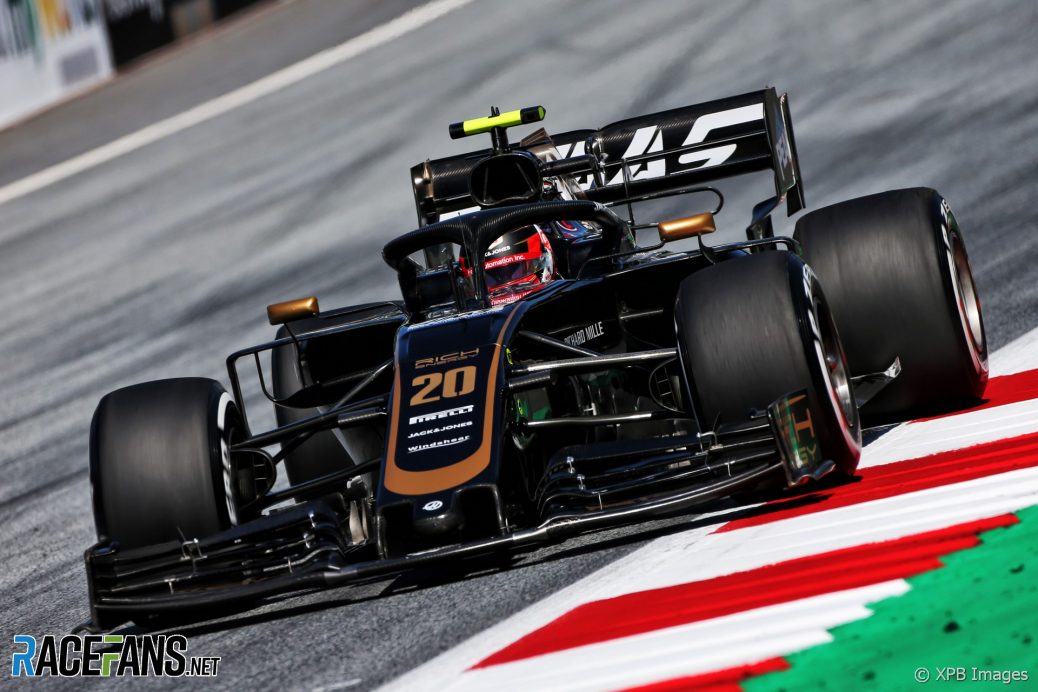 Haas has insisted Rich Energy is still its title sponsor despite the energy drink brand issuing a statement yesterday claiming it had terminated their contract.
“Rich Energy is currently the title partner of Haas F1 Team,” said team principal Guenther Steiner in a statement on Twitter.
Yesterday Rich Energy announced it had “terminated our contract with Haas F1 Team for poor performance.”
“The politics and PC [politically correct] attitude in F1 is also inhibiting our business,” they added.
they: “We wish the team well.”
Haas finished fifth in the constructors’ championship last year but has fallen to ninth in the current standings.
Browse all 2019 F1 season articles.