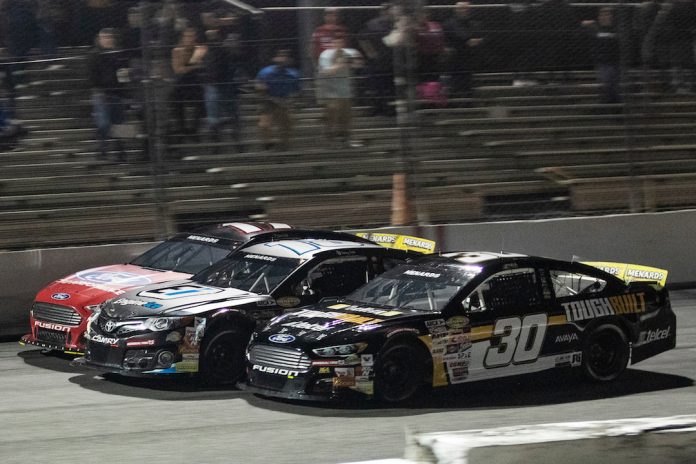 PENSACOLA, Fla. — Max Gutierrez was in the right place in the right time on the last lap during the season-opening ARCA Menards Series East race at New Smyrna Speedway February 8. All three cars made contact and Gutierrez carried his momentum for his first victory in dramatic fashion. 30 Ford Fusion for the 2009 ARCA Menards Series championship-winning crew chief Mark Rette. It will be the fourth time the ARCA Menards Series East has raced at the half-mile oval that is the host of the prestigious Snowball Derby every December. 43 car driven by Daniel Dye, won in 2013 while Ben Rhodes, who recently won the NASCAR Camping World Truck Series race at Daytona International Speedway, won in 2014.