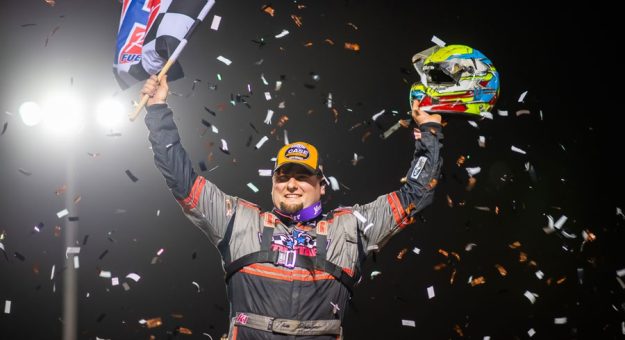 Gustin Finds Redemption At Sharon With A WoO Triumph

HARTFORD, Ohio — A feeling of déjà vu hit Ryan Gustin as the laps wound down Saturday at Sharon Speedway — it was a position he knew all too well. Only 12 laps remained at that point on Saturday night, and again, he found himself in second. Gustin dove under Clanton in turn three, getting every ounce of momentum he could in order to swing in front of the 2015 Series champion and take the lead — one he wouldn’t relinquish. A caution with 22 laps to go in the feature allowed Gustin to get closer to Clanton, who had almost a full straightaway lead. “I knew we just had to give her hell there,” Gustin said. “I felt like I was going to slide Max into [turn three] for the lead,” Richards said.