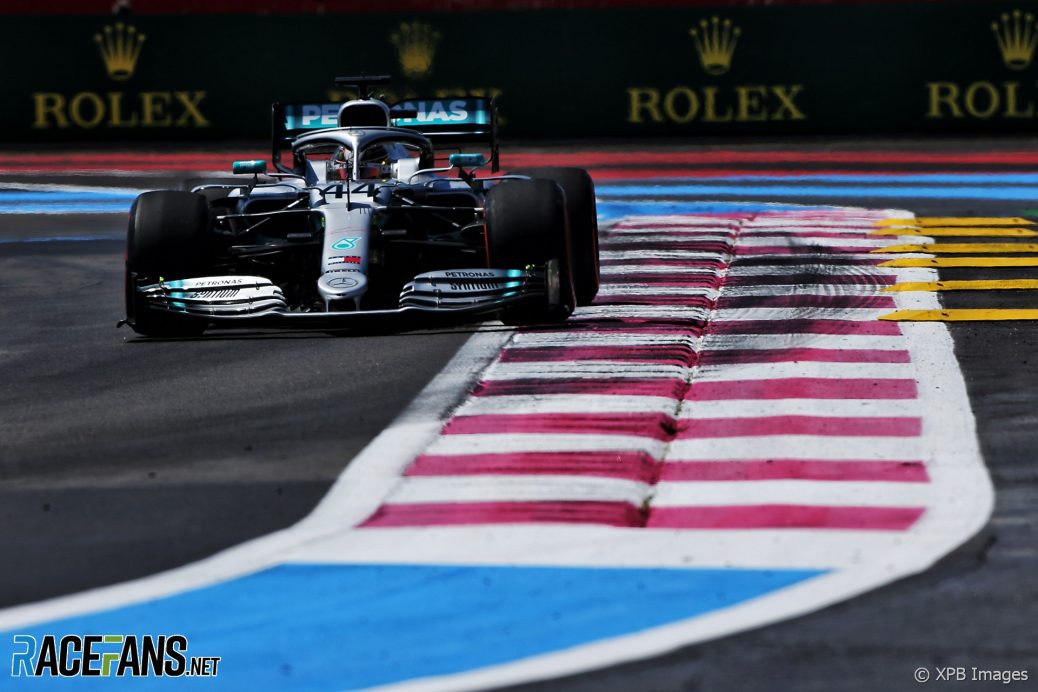 Mercedes’ trackside engineering director Andrew Shovlin revealed Hamilton lost four-tenths of a second at the end of the lap due to the windy conditions.
“A gust of wind cost him four tenths to himself in the last couple of corners,” said Shovlin.
Hamilton beat team mate Valtteri Bottas to pole position by 0.286 seconds.
Lewis Hamilton said he was “up nearly half a second” on his final run “but I lost it in the second-to-last corner”.
Shovlin said the qualifying session had been “straightforward” for Mercedes, who took their sixth pole position of the season.