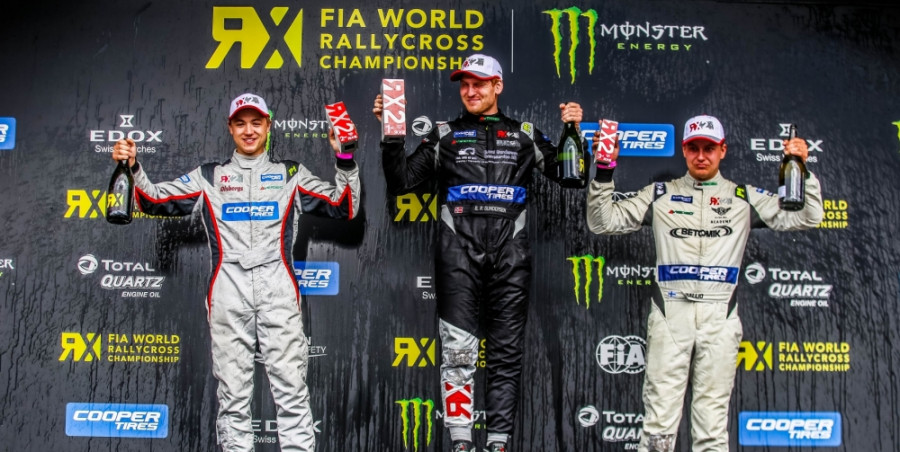 Ben-Philip Gundersen finally ended Oliver Eriksson’s winning run in the 2019 RX2 International Series presented by Cooper Tires, as the JC Raceteknik ace fought his way to a tremendously popular and hard-earned victory during rallycross’ ‘Magic Weekend’ at Höljes (5-7 July).
Ben-Philip Gundersen: “I gave it everything I had in the semi-final because Jesse has been quick all year so I knew he wouldn’t be easy to beat, and in the final, I focussed a lot on the start because there was so little between Linus and I that if he had got into the lead, it would have been tough to get past him.”
Ben-Philip GUNDERSEN (NOR) JC Raceteknik 6 laps