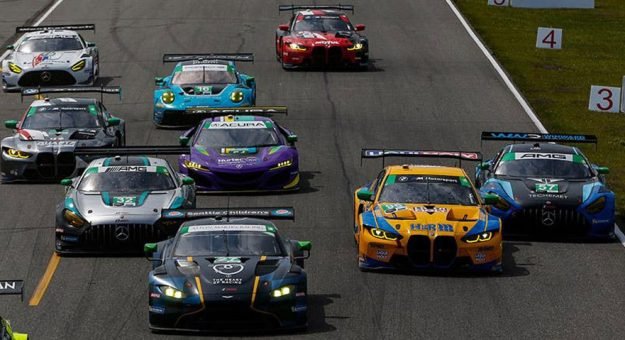 DAYTONA BEACH, Fla. — The IMSA WeatherTech SportsCar Championship has delivered a dramatic multi-car Grand Touring Daytona (GTD) title battle that likely won’t be decided until the checkered flag of the season-ending Motul Petit Le Mans at Michelin Raceway Road Atlanta. “Our team has been in this position the last couple years, actually. In 2020, Patrick Long and I were down to the final race (at Sebring) … and we needed one (more) car to be in between us and (the No. We didn’t get that one car, but we went on to win the race. It came down to the last race at Road Atlanta and that one did go our way.”. 27 Aston Martin again at Michelin Raceway, where De Angelis, James and Ross Gunn won last year’s finale. “At Petit, we’ll do what we have the last few races: do the best we can on our side. We have great guys on the team to try and win a third consecutive race.