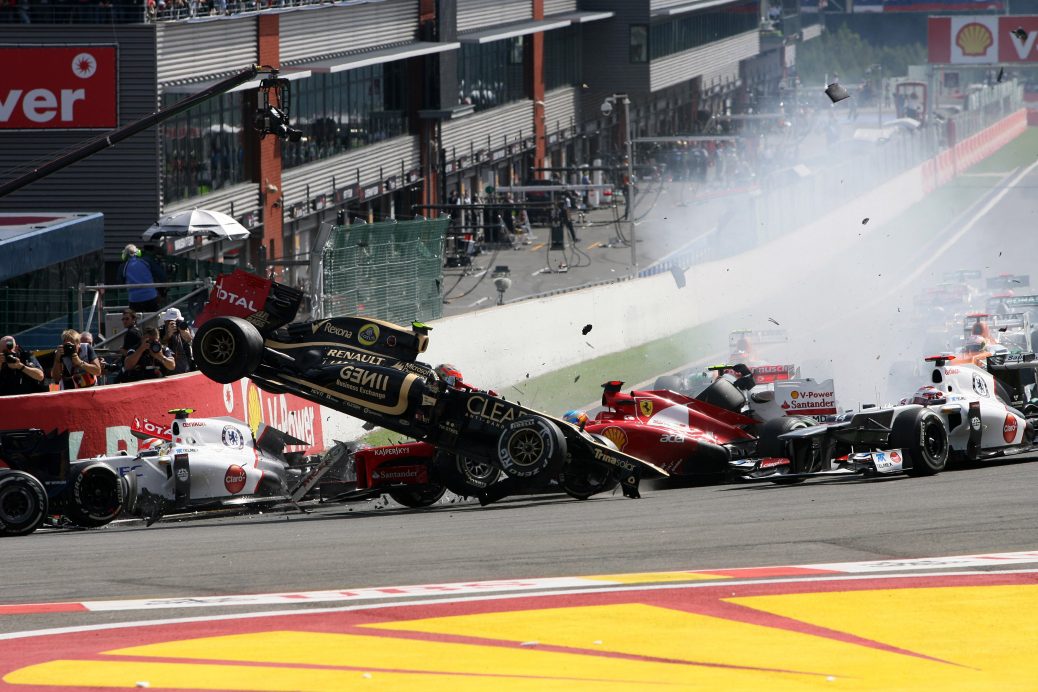 Haas F1 driver Romain Grosjean has credited a sports psychologist for “changing his life and career” following the 2012 Belgian GP.
In a piece for The Players’ Tribune, Grosjean credits his sessions with a psychologist shortly after the race as being key to overcoming a tough period of his career and ultimately maturing his approach to racing.
“I was introduced to a sports psychologist in Paris a few months before the race in Spa, and I began meeting with her regularly after the grand prix – and I haven’t stopped since,” Romain Grosjean said.
Romain Grosjean: “Our sessions have changed my career and my life, without a doubt.”