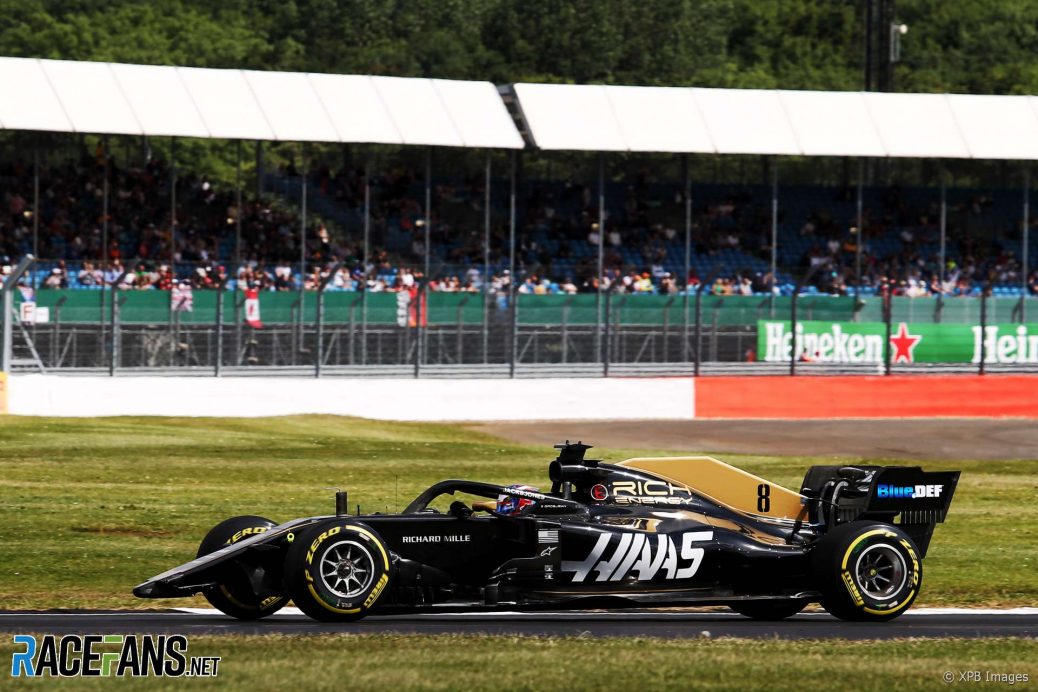 Romain Grosjean says he is much happier with the feeling of his car after switching back to Haas’s original aerodynamic specification from the start of the season.
Grosjean said the experiment with their old configuration gave some promising signs.
Romain Grosjean: “The feeling on the car is good, really back to beginning of the season which I was happy with.”
Romain Grosjean: “Obviously there is performance missing because it is an old package but the feeling is good.”
Grosjean felt the tyre performance seemed better with the older aerodynamic specification.