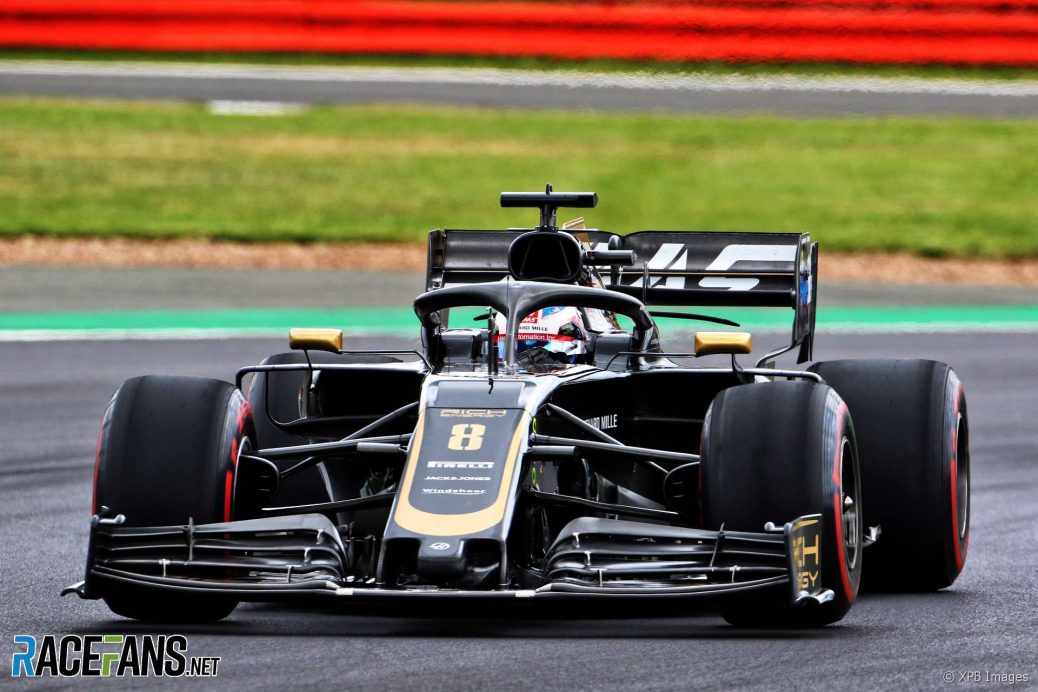 Romain Grosjean out-qualified team mate Kevin Magnussen at Silverstone despite switching back to Haas’s original specification aerodynamics for its VF-19.
In an effort to get to the bottom of these issues the team reverted Grosjean’s car back to the Melbourne package and left Magnussen on the newest spec.
But while Grosjean said the earlier aerodynamic specification felt much better to drive, he was still puzzled by tyre behaviour during qualifying.
Grosjean was three tenths of a second faster than his team mate in the first part of qualifying.
Romain Grosjean: “The feeling is honestly an awful lot better on the old one [package] personally.”