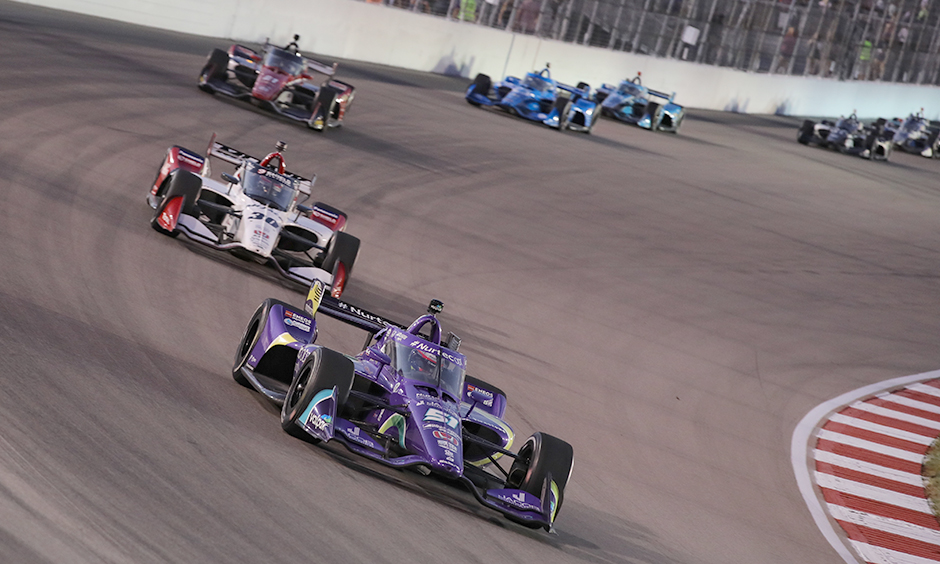 Romain Grosjean could not have sized up his first oval track race in the NTT INDYCAR SERIES better following the Bommarito Automotive Group 500 on Aug. 21 at World Wide Technology Raceway. 2 Sonsio Team Penske Chevrolet, but Grosjean was the star of the show. Within two laps of passing Daly, who considers this 1.25-mile oval one of his favorite tracks, Grosjean bumped wheels with Dalton Kellett’s No. Grosjean got the better of that tussle, taking the position on the low side. Within two laps Grosjean was on Jack Harvey’s tail, and the No. Grosjean was so brilliant in that stage of the race that he couldn’t explain where the voracity of his moves came from. “It was good,” 15th-place starter Grosjean said of the night as a whole. “Some of the race was amazing, some of the race was more complicated.”. For the rest of the race, Grosjean was trapped a lap down, but his car was still fast.