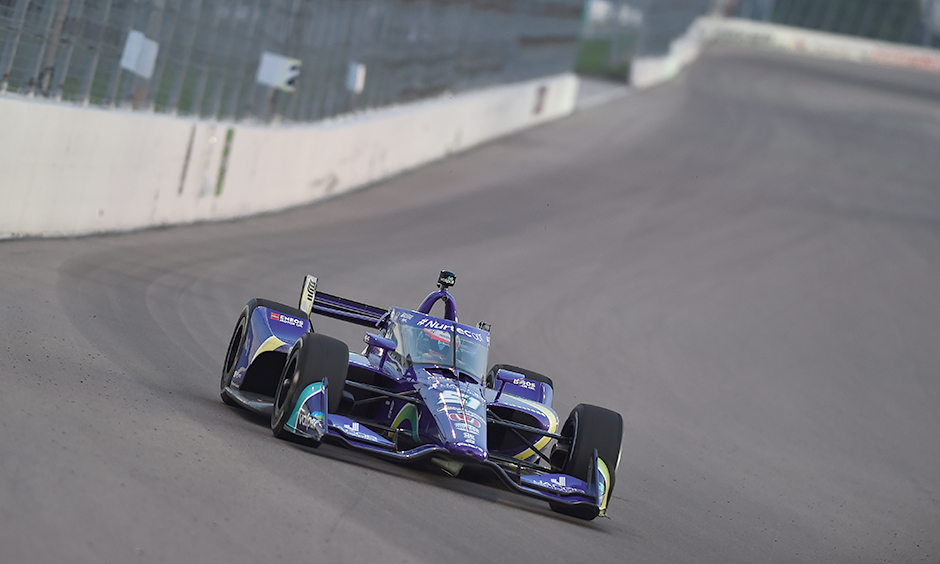 Grosjean Learns, Gets Peace of Mind during First Oval Test

For the first time, NTT INDYCAR SERIES rookie Romain Grosjean turned laps in an INDYCAR SERIES car on an oval during a test at World Wide Technology Raceway on Tuesday. “It wasn’t planned that they would be here for the test, but then when the schedule paved the way, they’re here and I think it is important that they’re here,” Grosjean said. Grosjean said it was certainly strange not turning right and using significantly less brake than he’s used to on road and street courses, but he made one thing clear: driving an INDYCAR SERIES car on an oval is no stroll in the park. Grosjean said he spent the day trying to understand how the race car behaves on an oval and understanding the tools that are available to him in the cockpit, such as the weight jacker. In all, Grosjean said it was a successful test, and he’s ready to make his oval debut next month.